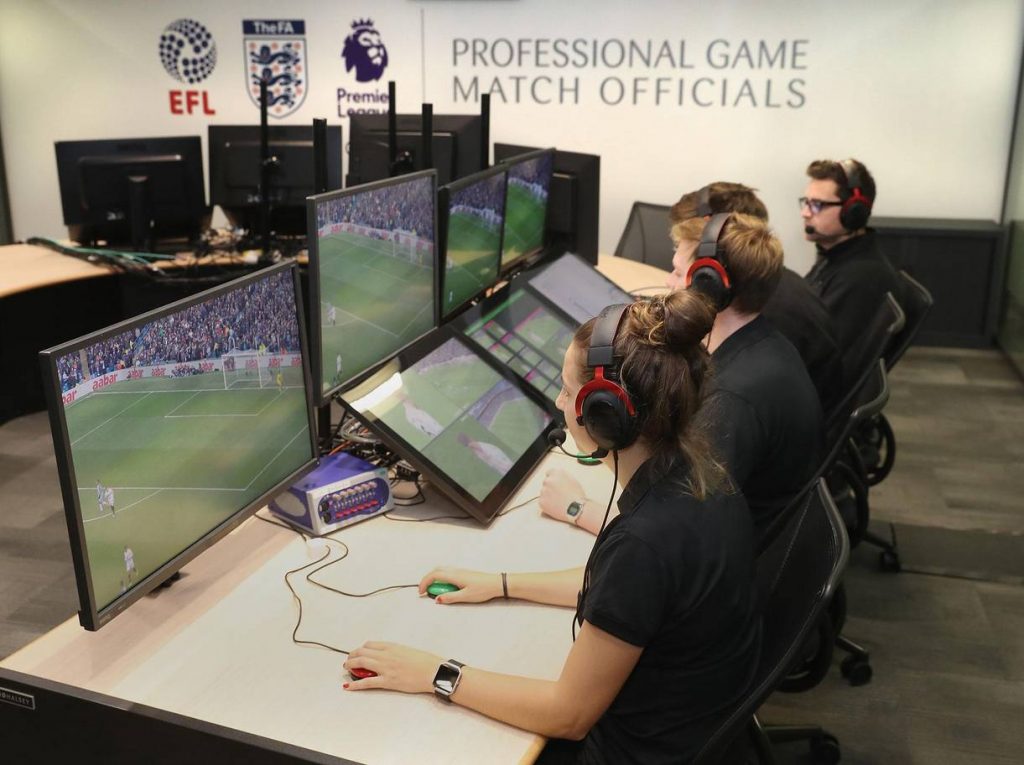 Video assistant referee (VAR) technology will be used at the 2018 World Cup in Russia after the International Football Association Board (IFAB), which sets the game’s laws, unanimously approved its use in matches on a permanent basis.

IFAB has also confirmed that VAR will be used retrospectively at the World Cup to issue red cards for incidents spotted by monitors.

The system has been used in numerous countries this season including England, Germany and Italy, although it has met with a mixed response from people within the game.

However, research carried out by Yahoo Sport shows that 73% of Brits are in favour of VAR at the World Cup, while former Premier League referee and Academy Director at You Are The Ref Mark Clattenburg has also given his backing to the system.

“Like millions of UK football fans up and down the country I think that VAR can be a force for good at this summer’s tournament,” he said.

“The research shows that, despite teething problems during its debut season in English football, there is support for the technology and belief among fans, that the benefits will outweigh the negatives.

“This confidence will dwindle however, if issues like the time taken to come to a decision or how replays are broadcast for fans are not ironed out.”

VAR operates on a three-step process of incident, review/advice, decision, and across the four areas of football deemed ‘game changing’ by FIFA.

The system is only to be used ‘to correct clear errors and for missed serious incidents’ in those ‘match-changing’ situations. The incidents that can be reviewed are in relation to validity of goals, penalties, direct red cards or mistaken identity for cautions or dismissals.

VARs and other match officials are able to recommend reviews, but the only person who can initiate one is the referee, who will then have the final say on whether their original decision should stand or be changed. They have the option to review footage themselves on a pitch-side monitor before making a final decision.

FIFA’s decision to use VAR at the World Cup is a major sign that the people charged with running football believe the system is here to stay.

Clattenburg believes that the governing body have made the right call and he insists that VAR will help the integrity of the game.

“As a fan as well as an official – my hope is that instead of matches being defined by contentious moments, such as (Diego) Maradona’s ‘Hand of God’ or Thierry Henry’s handball, they will now only be remembered for exquisite moments of play, goals, skills and saves.” he added.

While both the Premier League and the Champions League have delayed introducing VAR, FIFA is likely to keep pushing for the system to be implemented across top level football – particularly if it is successful this summer.

Yahoo Sport will be covering all the World Cup build up, games and post-analysis on the Yahoo Sport app and yahoo.co.uk and daily throughout the tournament with live show The 32.