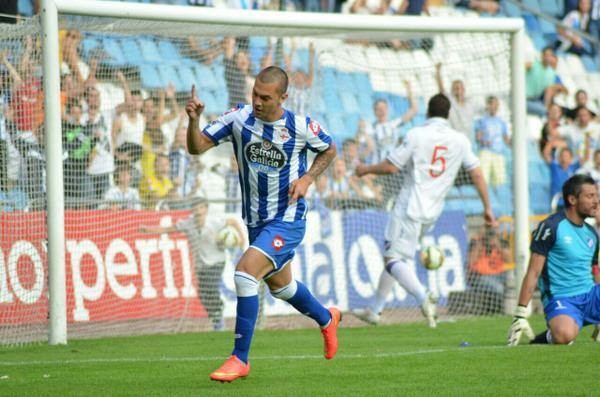 With the 2014-2015 on the verge of starting, and many of the big names hogging the headlines, this is the chance to tae a look at 4 less fancied players who will no doubt take Spanish football by storm this campaign, so take a look as this lot are sure to entertain La Liga’s fan throughout the coming campaign.

A talented playmaker, Luis Fariña’s career was somewhat curtailed by a long term knee injury (a recurring theme amongst many of Deportivo De La Coruña’s summer signings this term) but the young Argentine is ready to make up for lost time this season. His exceptional skill and ingenuity bear more than a passing resemblance to fellow Argentine Pablo Aimar, and the Benfica loanee’s impact on La Liga this term could well be similar to that of his compatriots explosion on the Spanish football scene.

With an impressive performance in the European Super Cup, it seems asi if Seville’s new signing Denis Suárez will struggle to remain under the radar for much longer. The former Manchester City and Barcelona B man is one of the most talented Spanish playmakers of his generation. The young Suárez’s mesmerising dribbling ability and eye for a pass will help the fans at the Ramon Sanchez-Pizjuan Stadium get over the loss of his predecessor Ivan Rakitic a lot quicker than previously expected.

You have to be doing something write if you have both Spain and Argentina fighting over our international future. Villareal’s prodigious young midfielder Matías Nahuel finds himself in precisely this situation. A precociously talented Rosarino (as so many of his countries most distinguished stars are) Nahuel already saw some La Liga action last season, and with the “Yellow Submarine” competing on both domestic and European front this term the youngster will likely be even more involved this campaign, his talent will surely heat up the international debate even further.

The last few seasons has seen a progressive exodus of Malaga CF’s big names, paving the way to a mixture of lesser known lower priced imports, and talented young homegrown players, Sergi Darder excelling among the latter category. The defensive midfielder already has a considerable La Liga experience for one so young, but has shown the ability to suggest that this term the youngster could well continue his climb up the Spanish national footballing ladder.

Having made his La Liga debut, and featured prominently last term it was something of a surprise to many that Valencia decided to loan out exciting young Argentine (& yet another from the Rosario football factory) Fede Cartabia to newly promoted Cordoba this term. Though last term was characterised by the usual inconsistency in one so young, Cartabia showed enough promise to suggest that this term, with a more prominent role he could well help the side form the south of Spain upset the odds this time around.