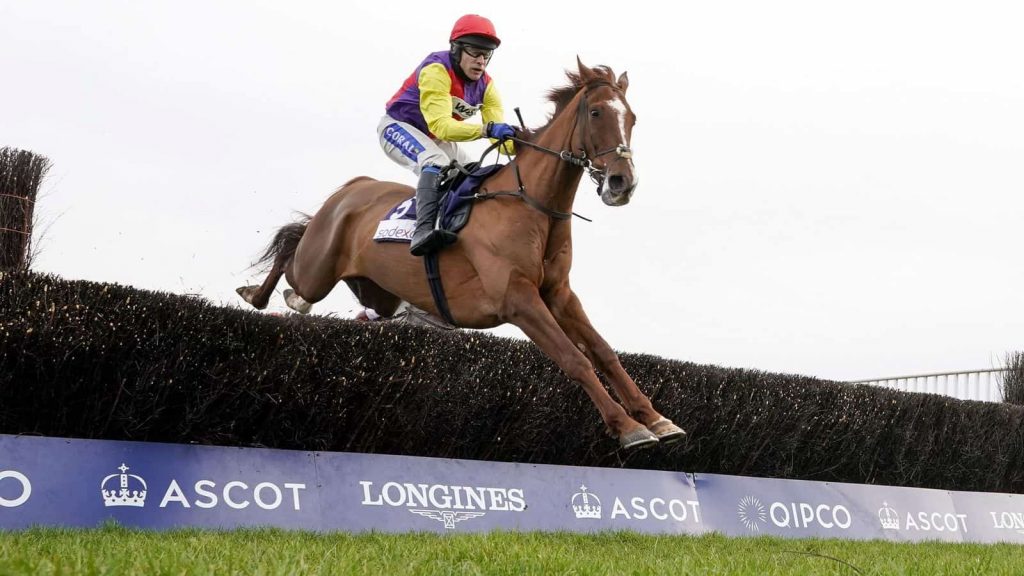 The Tommy Whittle Chase is the feature handicap over an extended 3m 1f at Haydock on Saturday, 18 December (2:40). It’s forecast heavy ground for the field of 16 runners in this year’s renewal. Testing conditions means stamina has a part to play in the contest. See which horses SportsLens experts fancy with their Tommy Whittle Chase tips below.

Race fitness is vital. All recent Tommy Whittle Chase winners came to Merseyside off the back of at least one run. Horses aged six or eight have a fabulous record with all but two from those age groups successful from 2005 onwards. Favourites have a poor record with four of the last eight victors returned at double figure odds.

Another of the interesting Tommy Whittle Chase trends is three of the last five winners had claimers aboard, taking weight off the backs of their mounts. Previous successes over 2m 7f or further is another stat worth following. Five of the last eight victors tick that box. That gives both horse racing betting sites who set the odds and punters plenty to ponder about this race.

Why Remastered is favourite in the Tommy Whittle Chase betting

David Pipe has trained two of the last seven Tommy Whittle Chase winners, so Remastered is of obvious interested. Owned by Brocade Racing, this eight-year-old Network gelding could well have won the Ladbrokes Trophy but for taking a tumble four fences from home at Newbury last time out.

The handicapper cannot reassess Remastered for that eye-catching effort as he didn’t reach the business end of the race. A horse that relishes slogging through the mud, his back form includes placed efforts behind subsequent Grade 1 scorer Dashel Drasher and Welsh Grand National hero Potters Corner over hurdles.

Connections purchased Remastered for chasing, though, and he won his first three starts in that sphere. In the last of those, he landed the Grade 2 Reynoldstown Novices’ Chase at Ascot. Remastered was also far from disgraced when fifth in the National Hunt Chase at the Cheltenham Festival.

He was only six lengths behind Snow Leopardess in fourth, and that one has won both of her starts this season. Now dropping down in class off an unchanged mark of 146, it’s easy to see why Remastered is the Tommy Whittle Chase favourite at 100/30 with William Hill on ground he relishes. It would be no surprise if he defies a welter burden of 11st 13lb.

Bet on Remastered with William Hill

Calipso Collonges tries to go one better than 2019

Up-and-coming trainer Olly Murphy is having a fine season and saddles Calipso Collonges here. This nine-year-old son of Crossharbour chased home Lord Du Mesnil in this race two years ago. He had the re-opposing third, Vintage Clouds, a further seven lengths behind that day.

Last season was difficult for Calipso Collonges with him pulling-up in the Welsh Grand National. He shaped better when third at Sandown and Ludlow before a fine fourth in the Grade 3 staying handicap chase on the Mildmay course during Grand National day at Aintree. Wind surgery over the summer helped Calipso Collonges resume winning ways at Kelso on reappearance.

However, he has only ever scored over fences off a rating of 127. Calipso Collonges is also effectively 6lb higher in the weights than his runner-up effort here in 2019 as he had Fergus Gregory taking 3lb off that day. There are doubts about whether he can follow-up off a mark of 130. Calipso Collonges is 5/1 with Bet365 to go one better here.

Last year’s hero Sam’s Adventure hasn’t looked off a yard on both starts this season so far and tries to retain his crown off 9lb higher in the weights. Trained by Brian Ellison, this nine-year-old Black Sam Bellamy gelding also landed the Eider Chase at Newcastle but has failed to complete in three of his four other subsequent starts after Tommy Whittle glory.

Sam’s Adventure is a horse that needs racing to get fully fit. He may be better placed to post an improved effort here after pulling-up on reappearance at Bangor and then finishing a toiling seventh in the Rehearsal Chase at Newcastle. Sometimes his jumping isn’t great either but testing conditions are no problem.

As he is still 3lb above his last winning mark and so much higher in the handicap than 12 months ago, a repeat bid may prove difficult. However, the market speaks for Sam’s Adventure with him prominent in the Tommy Whittle Chase betting at a general 9/1 with online bookmakers to win it again. It has been 60 days since Ellison saddled a winner over jumps, however.

Further down the weights, meanwhile, is Buzz De Turcoing. Trained by Samuel Drinkwater, this seven-year-old Maresca Sorrento gelding is a course hurdles winner over 2m 7f on heavy ground. He also comes into the race off the back of an eye-catching win in an Aye novices’ limited handicap chase.

Although up 6lb for that effort, Buzz De Turcoing went about things well on just his second start over fences. Given his background in Irish Points, he looks well worth a crack at this. After just 10 career starts under Rules, Buzz De Turcoing remains open to plenty of further progress.

Jack Tudor takes the ride again and a valuable 3lb off with his claim. Taking it into account, Buzz De Turcoing has a nice racing weight of 10st 7lb. There should definitely be more to come from him in this sphere. Buzz De Turcoing looks a great each way bet for the Tommy Whittle Chase, then, at 10/1 with Bet365 who pay five places.

Back Buzz De Turcoing each way with Bet365