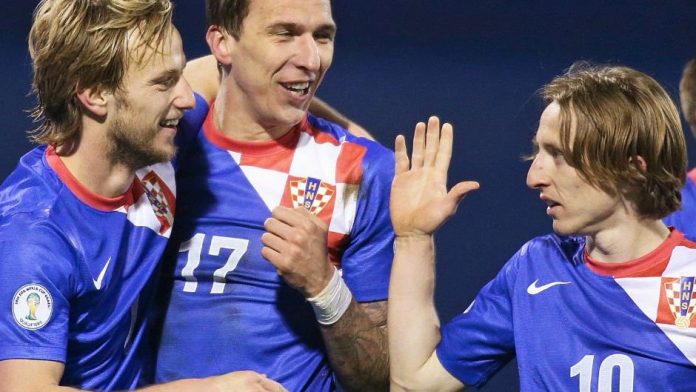 A real contender for the infamous Group of Death moniker, Group D at the World Cup should be intriguing viewing.

Arguably the best player to ever play the game will be asked to propel a mediocre Argentina side towards glory, but the South Americans will have their hands full with three very capable opponents.

European nations Croatia and Iceland both showed during Euro 2016 they have the weaponry to overachieve, while the pace and power of Nigeria will be a dangerous proposition for allcomers.

Argentina’s attacking options are frightening when considered on paper, but when La Albiceleste take to the field, there is only one player that consistently fires.

At the other end of the pitch, the South Americans look vulnerable and as such making the final, as they did four years ago, could be a step too far.

Iceland are riding on the wave of progression, with their fearless Euro 2016 campaign being followed by an impressive qualifying process where they topped a tough-looking pool that included Croatia.

The Scandinavians will rely on their renowned team spirit and dogged approach once more, while Gylfi Sigurdsson’s return to fitness is a massive boost.

Croatia boast a couple of top-notch central midfielders and a technical style of play that could pick apart a number of opposing defences in Russia.

Despite the talent in their squad, there is a feeling that the lack of a cohesive approach will limit their ambitions.

Nigeria are an unpredictable entity but have some impressive players in their ranks.

The fact they beat Argentina 4-2 in an international friendly not so long ago will not have been forgotten when the teams meet.

Ahead of any major intentional tournament, Argentina are always one of the names listed as a possible winner.

However, this time round the football-mad South Americans are not being mentioned as a side likely to win the World Cup this summer.

Lionel Messi aside, if Argentina can get their attacking unit firing, the other three teams in Group D could be in trouble.

With Sergio Aguero, Gonzalo Higuain, Angel Di Maria and Paulo Dybala to support the best player in the world, La Albiceleste must be deemed as Group D favourites.

How far Argentina get in the tournament may well be determined by how they cope with pressure at the other end of the pitch though.

After their progression to the Euro 2016 quarter-finals, Iceland have shown the underdogs tag suits them perfectly.

Despite their excellent showings over the last few years, the small Scandinavian nation will still be written off by a section of the footballing public this time round – even more so if they lose their opening game against Argentina.

However, there is real reason to believe that Iceland can replicate their feats from two years ago and at least make it out of Group D.

Despite being drawn in a tough pool, there is a feeling that the opposing sides are there for the taking.

Iceland’s physical approach will not be relished by any of the other three sides, who all have shaky defences, while there is an impression that Croatia, Argentina and Nigeria could all capitulate if put under concerted pressure.

As such, the Icelanders may be underdogs but they have the appropriate skillset and approach to cause an upset or two.

While all eyes will be on the opening Group D fixture between Argentina and Iceland to see what these sides will bring to the tournament, the game that follows it could be the most important in the pool.

With Argentina as favourites, both Croatia and Nigeria will be desperate to have points in the bag before facing the attacking mite of the South Americans.

Both of these sides’ potential biggest asset or real weakness could be their mentality, with momentum playing a role in their fate.

An opening round win or defeat could send Croatia or Nigeria quickly to the top of the group or towards three consecutive losses.

While the temptation to pick a rising young star in one of the other three national ranks was there, Lionel Messi is the player everyone looks out for.

The Barcelona star comes into this tournament with an unprecedented level of pressure on his shoulders from a footballing public that is unforgiving and will not accept second best.

Diego Maradona dragged an average Argentina side to World Cup glory in 1986 just about single-handedly – and is still his nation’s favourite son as a result.

If Messi can do likewise he will confirm his status as the best football player to have ever lived and eclipse the achievements of his illustrious compatriot.

The opening round of fixtures may well set the tone for this group and with so many variables in play, any two of the four sides could progress to the round of 16.

That said, Argentina and Croatia are the two best footballing teams in the contingent and as such are my picks to get through to the knockout stages.

Just which of these sides wins the group remains to be seen and both Iceland and Nigeria could well record victories of their own in a tight six-game mini-competition.