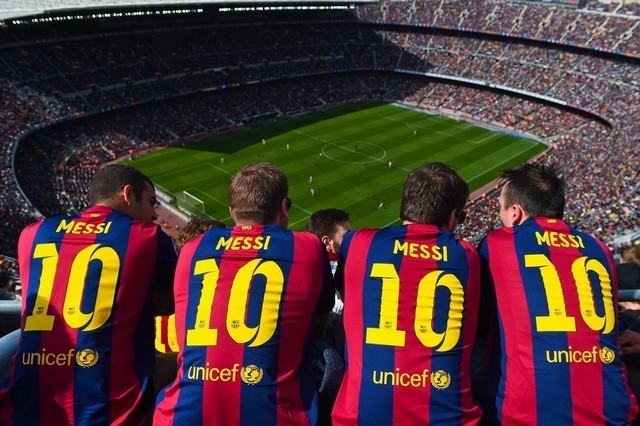 La Liga is back tonight and amidst all the talk of Real Madrid’s title challenge, Atleti’s rebuild and of course Messi vs Cristiano, we take a look at some of the brightest U20 prospects in best league in World football.

The 19 year old Real Madrid attacker will get his first taste of regular first team football in La Liga this season. The highly rated young Spaniard has been loaned to Espanyol for this season and is one to look out for.

Asensio is a versatile attacking midfielder who started off as left sided winger. Due to his bravery, intelligence, close control and vision to pick out a through pass Valery Karpin (whilst at Mallorca) decided to use him centrally and Asensio hasn’t looked back.

Asensio’s directness and finishing ability could make him a valuable asset for Espanyol if they can set up according to his strengths and play in fast transitions and counter attacks.

Ceballos stole all the headlines during Spain’s U19 Euro campaign this year. The 19 year old midfielder from Real Betis is a bit of an icon for his club.

Already a key figure in the dressing room, Ceballos is a local lad whose passionate displays have earned him the status of a cult hero in Andalusia.

Primarily an attacking midfielder, Ceballos has played as a central midfielder as well as a false winger for Betis. One of the main reasons Ceballos is a fan favorite at Betis is because of his Suarez-esque drive to do well for his side.

One of the things you can expect from Ceballos is a bullish performance over 90 minutes, chasing down every ball. His combative nature and tenacity is a huge hit amongst the working class fans who can relate to his incredible work ethic.

Ceballos’ is being used centrally because of his tactical understanding of the game. The know-how of when press, drop deep and support the midfield, putting tackles in, working the channels and drifting outside to offer an outlet makes him a very complete and important part of Betis’ midfield.

After his exploits with Spain this summer and in Segunda last season, expect him to make his mark in La Liga, after the Andalusians secured promotion this season.

Granada’s Nigerian forward is one of the young strikers to look out for in La Liga this season. The 19 year old is the youngest ever player in the history of Granada and made his La Liga debut last season.

Success partnered El-Arabi in a 4-4-2 for Granada last season. The Nigerian forward is a hardworking presence up top and can play a number of attacking positions due to his flair, movement and finishing.

Success has been likened to Drogba due to his playing style. Although not quite as strong or imposing, his high work rate means that he is always keeping the defenders busy.

Success has had bedding in season with Granada last season and could be a key player this year if Granada are to beat the drop.

Rodrigo De Paul joined Valencia last summer and is one of the most exciting prospects in La Liga.

The Argentine attacking midfielder can play centrally as well as out wide. The Valencia youngster has exceptional technique, flair and a fierce shot on him.

Sometimes branded as selfish (common for a winger his age), De Paul is learning and quickly.

Although not very quick, De Paul has a good first touch and impressive acceleration. Furthermore, his agility helps him get away from defenders easily despite his lack of breathtaking pace.

The 20 year old was mainly a squad player for the Los Che last season and could make his mark in the first team setup this season.

The 19 year old Belgian comes with a bit of reputation from PSV.

Eredivisie fans will tell you all about his attitude problems, but the talented young attacker is one of the most explosive young players you are likely to find.

Bakkali can operate as a winger as well as a supporting striker. The Belgian is gifted with breathtaking pace and close control.

If he can concentrate on his football, Valencia are an ideal club to bring the best out of him.

With him and De Paul in the side, there will be no shortage of individual brilliance and thrill at the Mestalla this season.

Although I started this article aiming to list the top 5 U20 prospects in La Liga this season, it would be unfair not to mention Jesus Vallejo.

The latest Real Madrid recruit is one of the most mature footballers for his age.

The Los Blancos have loaned him back to Zaragoza after having signed him for 6 million Euros this summer.

The 18 year old is already captaining his club and country (U19 level). Vallejo is a strong and composed ball playing centre back with no glaring weaknesses in his game.

The Zaragoza man is a proactive centre back who relishes physical and tactical battles and reads the game amazingly well for his age.

Aerially strong and able to play in different defensive setups (Zonal marking/ man to man), Vallejo is a star in the making.

With the Real Madrid captain Sergio Ramos approaching his 30s, Vallejo and Varane could well be the future of the Los Blancos.