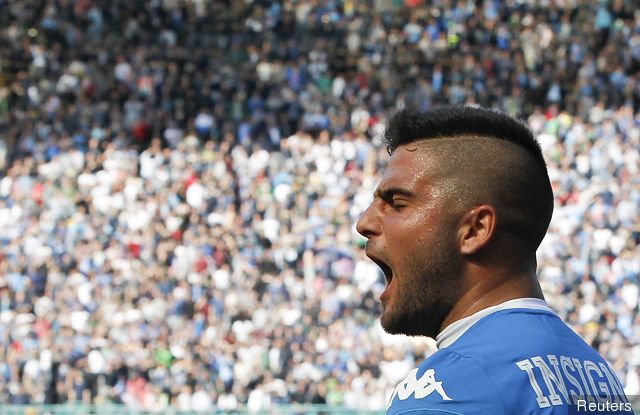 Jürgen Klopp’s search for another attacking player has moved to Naples where forward Lorenzo Insigne has yet to renew his contract with Serie A runners-up Napoli.

According to Italian outlet Calcio Mercato News, the Liverpool boss is preparing to send club officials to contact the 25-year-old’s representatives this summer.

Insigne ended the season in fine form, scoring 12 goals and recording a further 10 assists in the Italian top flight for Napoli as the left forward in Maurizio Sarri’s 4-3-3 formation.  The Italian started 34 league games last season, limiting Dries Mertens to only six starts in Serie A.

However, the report from Calcio Mercato News states that a new contract has been slow to arrive amid reports he may not be a regular in the first team this season.

ESPN even reported last week that the player is ready to ask to leave Stadio San Paolo.

This news has attracted the attention of Liverpool manager Klopp who continues to look for more attacking players this summer despite already adding Sadio Mané and Georginio Wijnaldum to his arsenal.

The report does state that there has not been any contact between the two clubs as of yet but Transfermarkt value Lorenzo Insigne at €25 million (£21.5m).

Liverpool do already have Philippe Coutinho down that flank in their 4-3-3 formation, with Adam Lallana, Wijnaldum, Mané and Roberto Firmino all comfortable playing that role.

Like Coutinho, Insigne has a fair few pops at goal per game.  Whilst he is a goalscorer, the Italian is a very good passer at the ball and creating chances for his teammates.

We’ll have to see if Liverpool proceed in an attempt to sign the Italian and should they be successful we’d certainly think he’d be an excellent addition on Merseyside.