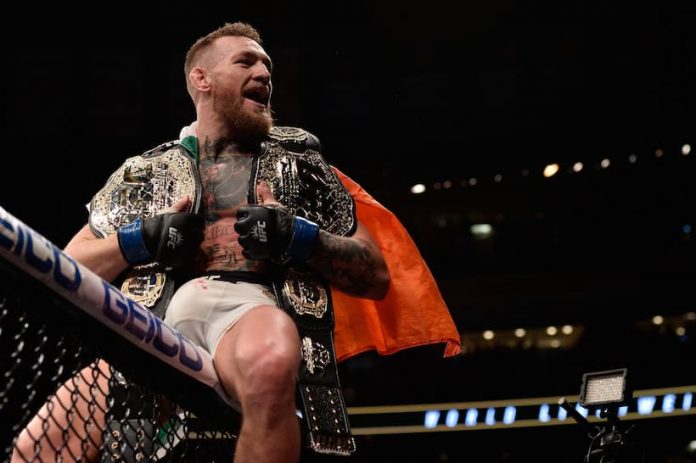 With the UFC only really getting the ball rolling in 1993 with UFC 1 and soon becoming the larger MMA promotional company in the world as of 2011, we take a deep dive to find out the ten highest grossing pay-per-views in the history of the Ultimate Fighting Championship.

The list includes some huge names in the world of mixed martial arts, including Conor McGregor, Brock Lesnar, Nate Diaz and Ronda Rousey.

Counting down from 10 to 1, here are the the ten highest grossing pay-per-view cards in the history of the UFC… 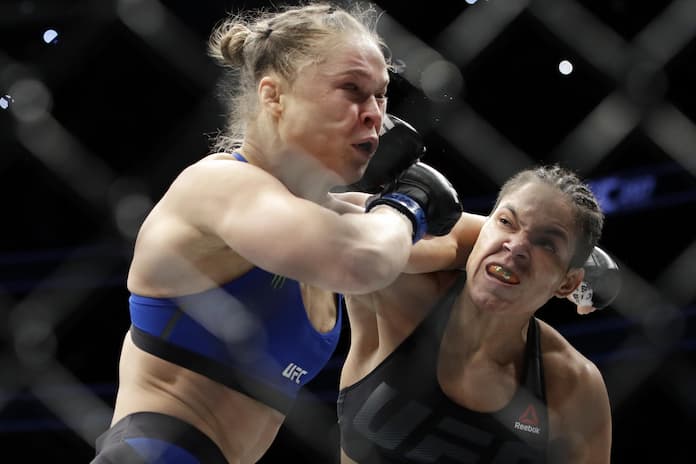 Kicking off the top 10 is the huge pay-per-view event that saw Amanda Nunes and Ronda Rousey headline at UFC 207. The fight took place on Friday December 30th 2016, with the Women’s UFC Bantamweight Title on the line too.

There were some huge names on the undercard, such as TJ Dillashaw, Marvin Vettori and a UFC Bantamweight Title fight in the men’s division between Dominick Cruz and Cody Garbrandt.

This comes as no surprise in the top 10, with Ronda Rousey being arguably the most popular female UFC fighter and figure of all time, fighting against the greatest women to ever set foot in an octagon in Amanda Nunes. 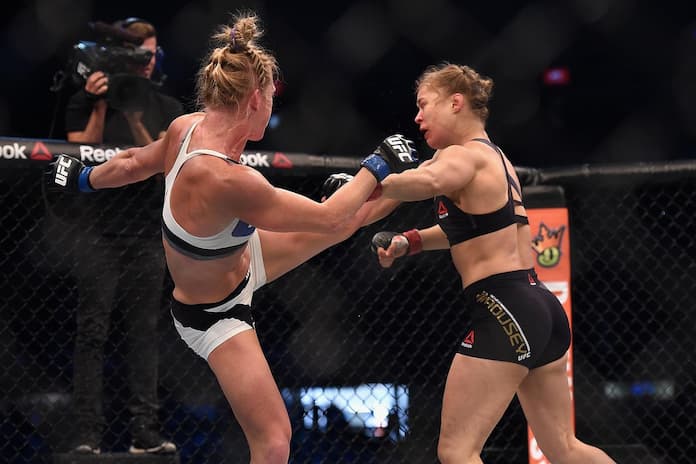 Ronda Rousey features again straight away at number nine in our list, with her fight against Holly Holm at UFC 193 scoring an impressive 1.1 million pay-per-view buys. Again, the Women’s UFC Bantamweight Title was on the line for this one, with Holm walking away victorious after a head-kick knockout.

Having names such as Joanna Jedrzejczyk, Mark Hunt, Robert Whittaker and Uriah Hall on the car will have helped boost the pay-per-view buy rate for this card, but the main event itself attracted a huge number of eyeballs on it’s own accord.

With Rousey featuring twice in the top 10 already, it really does show you just how popular a figure she was in the UFC and how much of an attraction she was. Now of course Rousey is enjoying retirement and has featured in the WWE on numerous occasions, which comes as no surprise given her star power and ability to draw huge numbers. 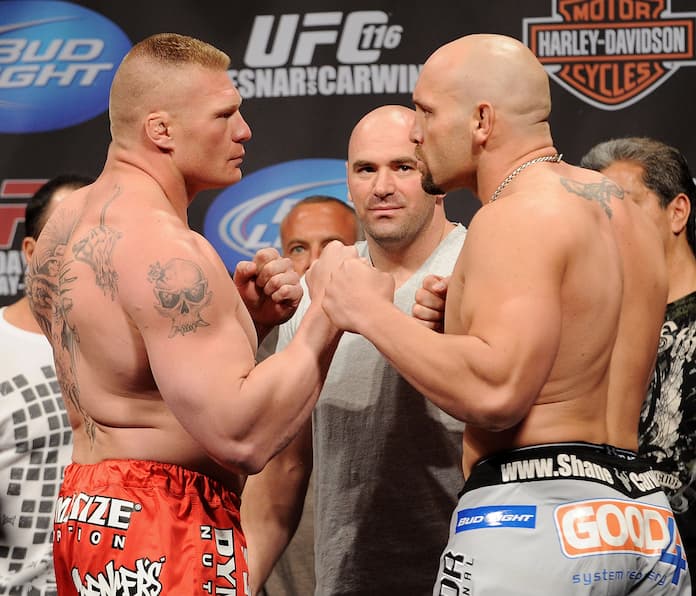 In at number eight is the second oldest pay-per-view in this top 10 list, as Brock Lesnar and Shane Carwin headlined at UFC 116 at the MGM Grand Garden Arena, Las Vegas.

With this fight being in the heavyweight division, there is absolutely no surprise to see it pop up in this list. Everyone loves to see big heavyweight fights, as they expect a huge knockout and a highlight reel finish when watching two extraordinarily talented heavyweights going at it for UFC gold.

Lesnar was the champion, Carwin was the interim champion, and it was Lesnar who walked away victorious after submitting his opponent via arm-triangle choke in the second round. Lesnar has some magnificent drawing power, so it comes as no surprise to see him feature in this list at least once. 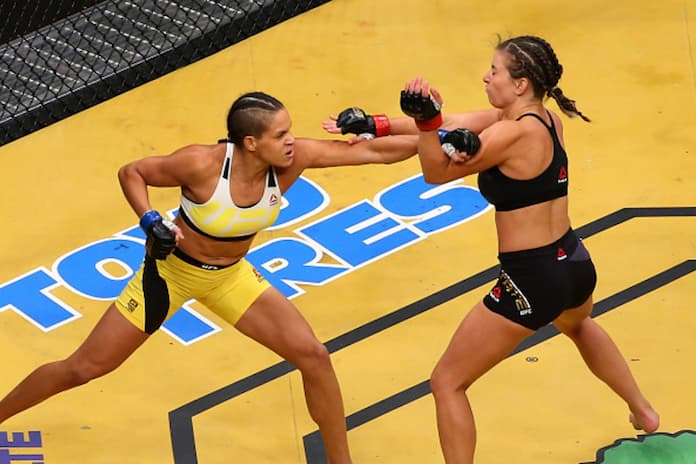 In at number seven is UFC 200, which was headlined by Miesha Tate and Amanda Nunes. This is the highest grossing PPV card in UFC history that was headlined by a female fight. The main event ended up being an emphatic first round victory for the Brazilian, as she submitted ‘Cupcake’ in the very first round.

Another reason this card features comfortably inside the top 10 highest grossing PPV cards of all time in the UFC is because of the other fights on the card. Some other massive fights such as Brock Lesnar vs Mark Hunt, Daniel Cormier vs Anderson Silva, José Aldo vs Frankie Edgar ad Cain Velasquez vs Travis Browne made up the rest of the main card.

This event was meant to be headlined by Jon Jones and Daniel Cormier II, but the fight was cancelled with UFC legend, Anderson Silva, having to step in at late notice to face ‘DC’. The gold canvas to mark 200 PPV events in the UFC will go down in history, with a decent undercard to match the sheer magnitude of the event. 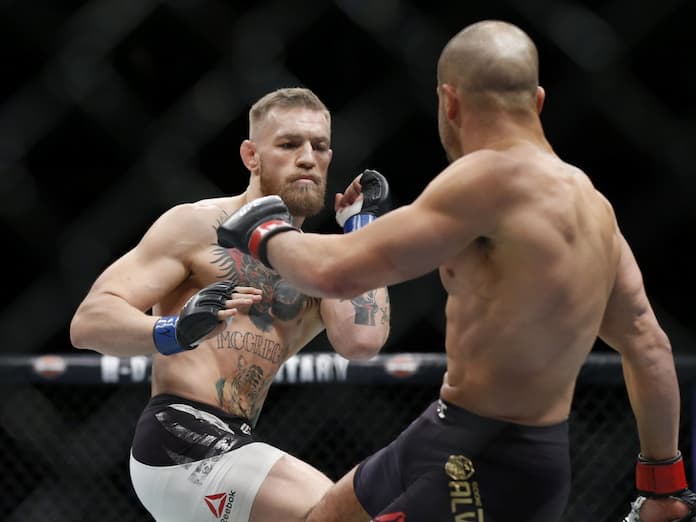 In at number six and the first time Conor McGregor features on this list is of course his fight with Eddie Alvarez at UFC 205 for the UFC Lightweight Championship. The event was held at Madison Square Garden in New York City on 12th November 2016, and achieved just over 1.3 Million buys at the pay-per-view.

The card was described as the “biggest fight card” in UFC history by President Dana White, which was most definitely the case at the time, and could still be one of the best cards on the whole today.

There were three UFC title fights on the card, with McGregor and Alvarez challenging for lightweight gold, Tyron Woodley and Stephen Thompson battling for 170-pound supremacy and Joanna Jedrzejczyk and Karolina Kowalkiewicz fighting for the Women’s Strawweight Title. 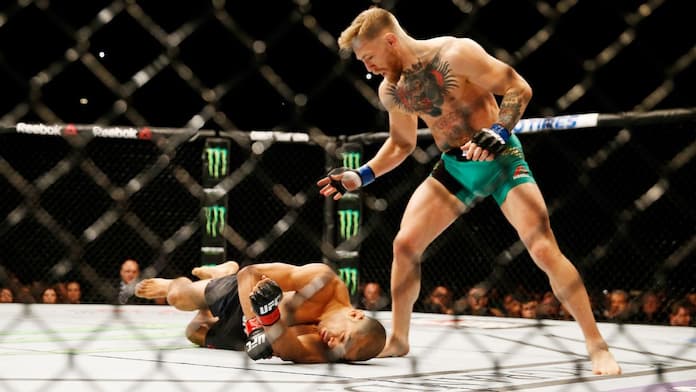 Kicking off the top five highest grossing pay-per-view events in UFC history is UFC 194 when Conor McGregor fought for the UFC title for the very first time against long-reigning featherweight champion, José Aldo.

There are absolutely no shocks at all to see this fight in the top 5, with the sheer amount of build up and bad blood between the pair pre-fight. McGregor is of course a walking cash machine, able to sell himself and an event at the drop of a hat. No wonder he features on this list more than once.

The fight itself lived up to the hype, despite only lasting 13 seconds. Yes, it took just over ten seconds for McGregor to land his clubbing left-hand, with Aldo consequently being knocked unconscious straight away. This is still one of the quickest knockouts in UFC history, and will go down as one of the maddest main event fights of all time. 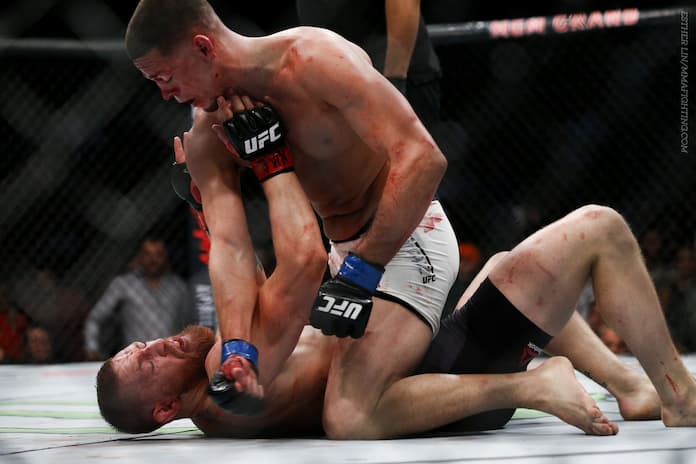 In at number four and the third time a certain Conor McGregor appears on the list, is the UFC 196 card, headlined by Conor McGregor and Nate Diaz in the first fight between the pair. The event sold 1.5 million PPV’s and was the beginning of a huge rivalry between these two MMA legends.

The fight was only a matter of months after McGregor winning the UFC Featherweight Title against Aldo, but McGregor again stepped up to face Diaz, after his original opponent, Rafael Dos Anjos pulled out of their UFC Lightweight Championship fight.

The ending of the fight shocked 99% of UFC fans around the world, with Nate Diaz getting the submission victory in the second round thanks to a rear-naked choke on McGregor. Of course, everyone knew straight away that a rematch was on the cards, and it remains to be seen if the rematch also made it into the top 10 highest grossing pay-per-views of all time. 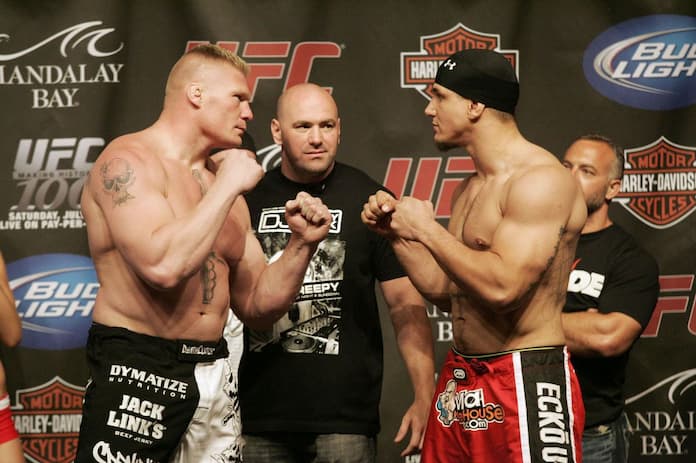 Kickstarting our top 3 is the landmark event that was UFC 100. Frank Mir and Brock Lesnar threw down for the second time in the main event, with the card doing over 1.6 million pay-per-view buys. Heavyweight fights always attract huge numbers, especially when someone as well known and popular as Brock Lesnar is headlining.

Lesnar was trying to avenge his loss against Mir that he was on the end of in his first ever UFC outing. The mammoth card also featured massive fights such as Thiago Alves vs George St Pierre and Michael Bisping vs Dan Henderson.

Lesnar did indeed avenge his loss against Mir, defeating him by KO/TKO in the second round of their contest. The fight sold out the Mandalay Bay Center in Las Vegas, Nevada, and was the biggest event in UFC history at the time back in June 2009.

No surprise at all to see it make it into the top three highest grossing UFC pay-per-views of all time. 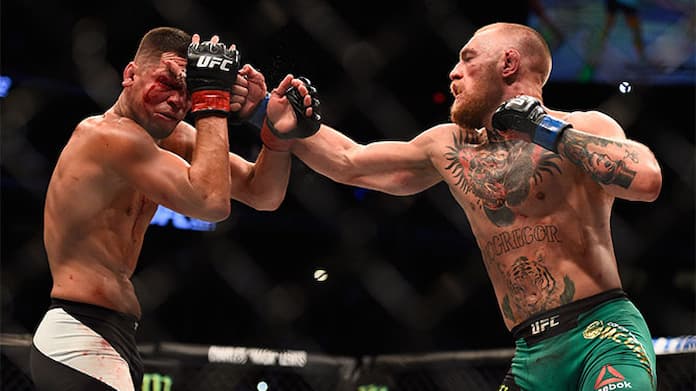 In at number two was indeed that highly anticipated rematch between Nate Diaz and Conor McGregor at UFC 202. After Diaz won the first fight, the rematch was an absolute shoe in and was always going to do huge number in terms of pay-per-view.

The fight took place at the T-Mobile Arena in Paradise, Nevada and was an absolutely enormous event between two bitter rivals who had hyped the fight up to no end. The card took place on August 20th 2016, with a stellar undercard also on show.

The main event itself ended up going the full 25 minutes, with the Irishman getting his revenge on Diaz and defeating him via majority decision. Diaz was aggrieved at the decision and ordered for a trilogy fight to settle the scores once and for all, but as of yet we still haven’t seen McGregor vs Diaz 3.

The event was the most bought UFC PPV of all time with a butyrate of 1,650,000, until the record was broken by an absolutely goliath fight between two men who genuinely hated each other’s guts. So without further ado, here is the highest grossing pay-per-view card in UFC history… 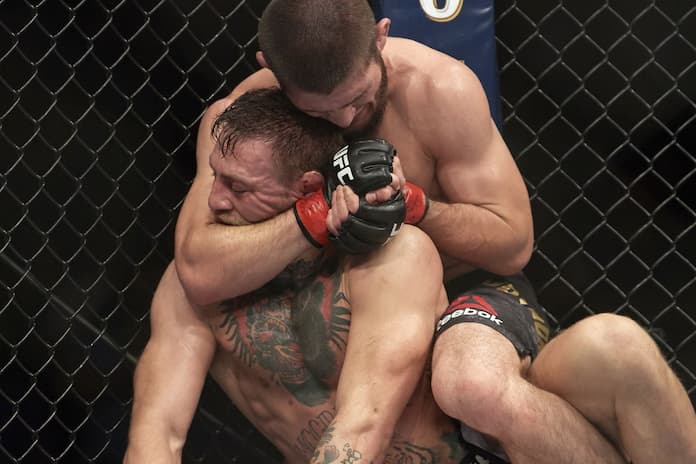 Yes, you guessed it. Coming in at number one is of course the magnanimous fight between UFC Lightweight Champion, Khabib Nurmagomedov, and the biggest attraction the sport of MMA has ever seen, Conor McGregor.

Nurmagomedov vs McGregor headlined UFC 229 on October 6th 2018, with the T-Mobile Arena selling out in record time and taking in a gate of almost $20 million. This fight did over 750,000 more buys than McGregor vs Diaz II, which is some achievement and will likely never be beaten.

The fight itself was a one sided beatdown from the Dagestani beast, moving to 29-0 after a fourth round submission over McGregor via neck crank. The sheer buzz and hype surrounding this fight was absolutely mind-boggling, and there is no wonder that the fight sold so many pay-per-views.

Certainly no surprise here with Nurmagomedov vs McGregor coming in at number one, meaning that the double-champ Irishman featured in five of the top six highest grossing UFC pay-per-views of all time.

Conor McGregor is certainly the biggest draw in UFC history, and could well add another huge PPV to this list if he does make a comeback within the next year or two.