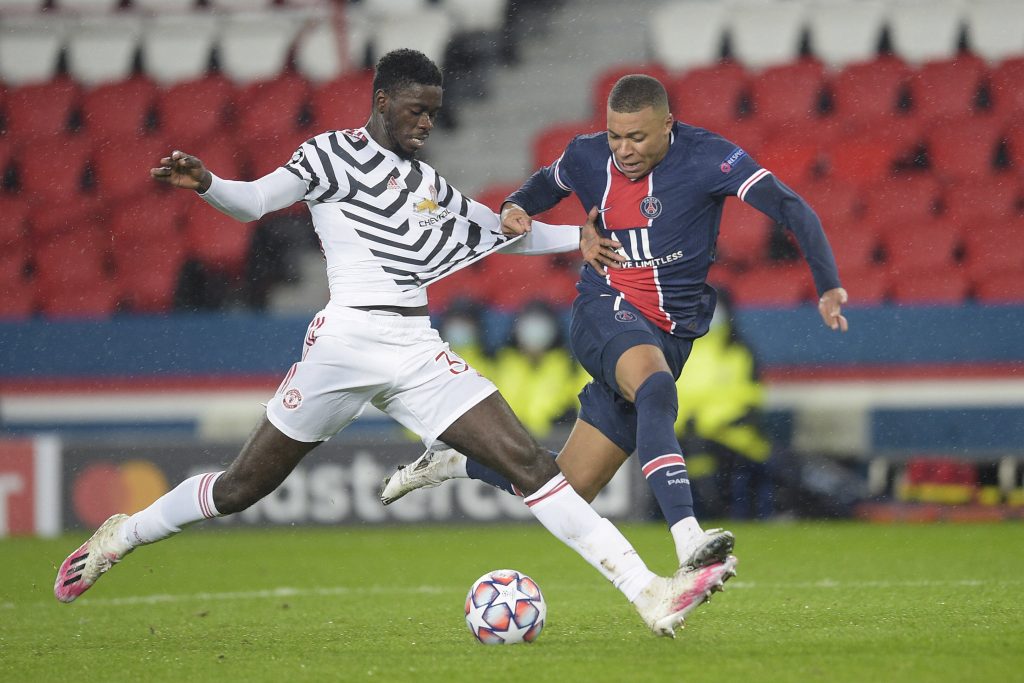 Newcastle United beating Aston Villa to the signing of Manchester United defender Axel Tuanzebe would be a huge statement of intent ahead of the new Premier League season.

The Chronicle recently reported that the Magpies are in pole position ahead of the Villans to sign the 23-year-old on a season-long loan deal.

The St James’ Park faithful are restless at the moment. Steve Bruce hasn’t made one single signing yet. And the Toon Army fear the worst ahead of the 2021/22 Premier League campaign.

Things couldn’t be more different over at Villa Park. Prosperous times clearly lie ahead for the Midlands outfit.

Dean Smith is overseeing a really exciting project having signed Emiliano Buendia, Ashley Young and Leon Bailey (subject to a medical) this summer.

The Chronicle are claiming that the Magpies are leading the race for the Man United defender. So the Toon Army now have genuine cause for optimism.

The young centre-back is a truly top-class player.

And Newcastle beating Villa to his services really would be a huge statement of intent ahead of the new season.

The young centre-back has exceptional talent, and he proved it during a stunning display away at Paris Saint-Germain in the Champions League last season.

United won that game 2-1, and their victory was largely down to Tuanzebe’s brilliant defending.

Tuanzebe possesses impressive pace, is strong in the air and the tackle and has the ability to play on the front foot.

He was recently described as ‘unbelievable’ by David de Gea (MEN).

Newcastle are a team that pride themselves on being hard to break down. The signing of the United man would only make them even harder to beat.

And winning the race for his signature ahead of Villa would be a big sign that the Magpies mean business this season.