The investors determined that the club’s outstanding debt (£320m or so, including £240m to the Royal Bank of Scotland) was so large that owners George Gillett’s and Tom Hick’s asking price of £600m was only slightly more offensive than Aston Villa’s demand of £20m for Gareth Barry.

But cheer up, Liverpool fans. Apparently, the deal is inching closer to completion, which would make Liverpool the richest club in the world. Take that Manchester City!

So, despite the fact that their stock is “worthless” they’re still going to get bailed out by a rich billionaire. Maybe they should have been the ones wearing “AIG” on their shirts.

More Good News for Liverpool Fans
An England court has deemed Rafa Benitez incompetent, and mentally incapable of entering into a contract. As such, Liverpool get a mulligan on every bad deal he ever made, starting with Xabi Alonso going back to Liverpool.

Just kidding. But boy, did his fortunes go downhill once he lost Alonso, or what?

At least Liverpool will get to keep Fernando Torres. Who knows if Roy Hodgson will get results on the field, but he’s already managed to keep both Steven Gerrard and Torres in the fold while getting Joe Cole to sign on the dotted line. At least we know his powers of persuasion are first-class.

Anyway, Torres still has plenty to prove, especially after a poor World Cup that saw him reduced to a cameo role in Spain’s run to the championship. What’s wrong with Torres? Is it his injuries? Is it lack of quality service from the midfield? Or is it because he cut his hair? I’m inclined to go with the hair. I’m not sure why he cut it in the first place; maybe he was sick and tired of looking like Evgeni Plushenko. Let’s face it, he hasn’t been the same since he butchered that mane.

Manchester United Thrash MLS “All-Stars.”
The MLS “All-Stars” boasted an impressive record against European clubs in pre-season mode who were more concerned about avoiding injuries and selling shirts than proving a point. Fulham, Chelsea, Celtic, and West Ham all fell victim to the inspired MLS “All-Stars” and even Everton failed to defeat the “All Stars” in regulation time – a point MLS officials and ESPN commentators really tried to hammer home as an accomplishment on par with winning the Treble, scoring 4 goals in a game, or being Jose Mourinho.

That all came crashing to a screeching halt as the Manchester United Reserves, featuring a few first-teamers who didn’t play in the World Cup (although that doesn’t explain why Michael Carrick isn’t on the tour), put 5 goals past the MLS “All-Stars.” If you can watch the highlights, definitely do it, especially for Tom Cleverley’s beautiful goal in the 73rd minute. It might be the last you see of him all year. Unless you really like watching early round Carling Cup matches. 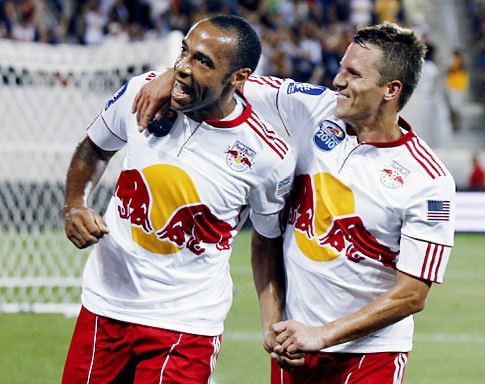 Jeff Carlisle says that we should have seen this coming. I agree. My only question now is how is MLS going to weasel its way around this result next year. “The MLS ‘All-Stars’ are undefeated in regulation time against European teams while holding a three-goal handicap! Catch the fever!”

The Houston Chronicle thinks that the sell-out crowd at Reliant Stadium bolsters the city’s case as a potential World Cup site. Mexico would certainly love to play a World Cup match there – assuming we haven’t sent all illegal immigrants to the moon by then.

Ryan Giggs is a Poor Man’s Steve Ralston?
If you’re looking for confirmation of the fact that American soccer commentators are a bunch of uneducated, unintelligent, uninteresting buffoons that make Tommy Smyth look like a thoughtful and insightful erudite, then check out this unofficial transcript of ESPN’s D-team (Max Bretos and Taylor Twellman) doing commentary during the recent Manchester United vs Philadelphia Union match.

Scroll down to 41:30 and that’s when Twellman drops this bombshell:

“When I see Ryan Giggs, he reminds me a lot of a player I played with and reminds me of Steve Ralston.”

Of course! Why didn’t I see it before? The similarities are unmistakable. They’re both 36 years old. They’re both midfielders. Giggs and Ralston both have the most appearances in EPL and MLS history, respectively. Giggs has scored in every single Premier League season. Ralston has scored in every single year he played in MLS – except this season, when he retired after only one appearance for New England.

So, who else do Manchester United legends remind us of:

The Glorious Leader Finds Your Lack of Success Disturbing 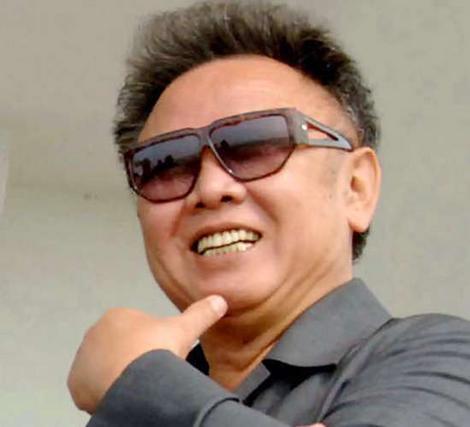 I knew we should have sat back against Portugal. But the players would not listen!

The North Korean national team, despite being the lowest ranked team in the 2010 World Cup field, giving Brazil a scare, and the fact that, despite finishing dead-last at the tournament, their FIFA ranking actually went up by two places, got one heck of a performance evaluation when they returned home to Pyongyang. Apparently, The Wonderous and Exultant Leader Kim was not impressed with his team’s performance.

According to reports, the team was berated and individual players were forced to admit to each and every mistake they made. The most obvious mistake – that they had been born north of the 38th Parallel – didn’t come up. Kim, the wise and divine leader, who is tactically brilliant in a way that would make Jose Mourinho blush, also escaped punishment – even though he supposedly conveyed coaching instructions to the team manager via invisible cell-phone. It’s good to be the king.

As punishment, they’ll be forced to play for Raymond Domenech for a year.

Quick Hits
Ancelotti claims Benayoun is better than Joe Cole. Benayoun is definitely better at coming off the bench, that’s for sure.

Salomon Kalou thinks money can’t buy titles. I wonder if he mentioned that to Roman Abramovich when he was moving to Stamford Bridge. Maybe he’s just jealous of his countryman to become the highest paid Premier League player. Also, it’s ridiculous how anyone even remotely related to Chelsea can berate any other team for trying to buy success.

Finally, we’d like to wish Howard Webb a quick and speedy recovery. England’s best referee recently announced that he would take an extended break due to suffering repetitive stress injury from giving out so many yellow cards. Get well soon!

Victor Li is a writer who does live blogging and features for Soccerlens. He has a law degree, but, unfortunately, he spent more time in law school studying David Beckham's contract situation at Manchester United than he did learning about actual contracts. He roots for Manchester United and, because he's an eternal optimist, the U.S. National Team.