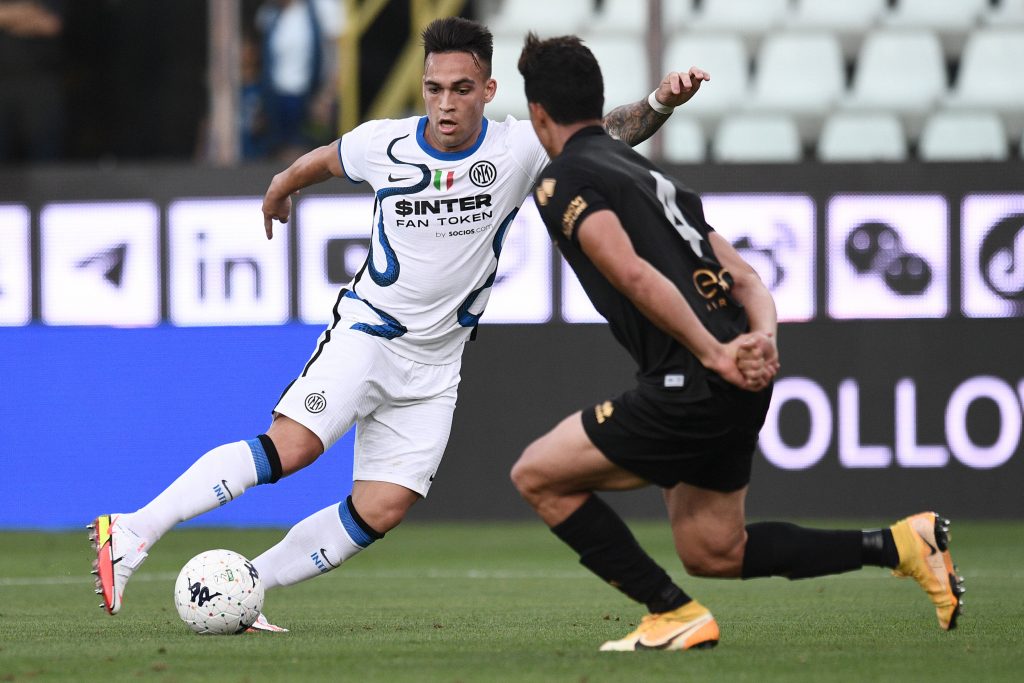 Lautaro Martinez is expected to sign a new contract with Inter Milan shortly, according to Italian journalist Fabrizio Romano.

He has claimed on Twitter that Martinez’s agent has held a meeting with Inter today and is close to agreeing a new deal with the club.

Tottenham Hotspur have made a big-money bid to sign the Argentine striker, but it was turned down.

Lautaro Martinez agent had a meeting with Inter today in Milano. The agreeement to extend his contract is now getting closer – final details to be completed in the next weeks. 🔵🇦🇷 @SkySport #Inter

Tottenham and Atletico Madrid bids have been turned down by Inter, confirmed. https://t.co/uqRQJp2i5B

According to football.london, Spurs are looking to sign a new striker with Martinez and Fiorentina’s Dusan Vlahovic at the top of their list.

The plan is to partner them with Harry Kane rather than replace him.

Kane has been heavily linked with a move to Manchester City this summer and has been left frustrated with the treatment being meted out to him.

The Telegraph have claimed that Kane feels Spurs boss Daniel Levy has not kept the gentleman’s agreement, but he is unwilling to hand in a transfer request.

Spurs initially had a deal agreed for Martinez but Inter later pulled the plug after offloading Romelu Lukaku to Chelsea.

He is now close to signing a new deal that will end Tottenham’s slim hopes of signing him.

Vlahovic remains another option, but Spurs are facing competition from Man City to secure his services.