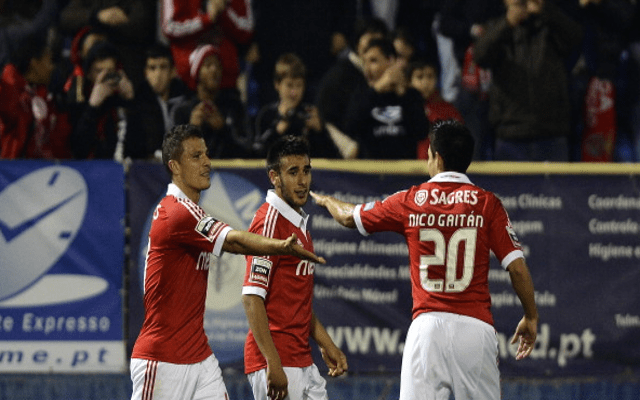 A newspaper article in Portugal today will come as interesting reading for Premier League fans, with Benfica reportedly willing to only sell one more player in the January transfer window.

O Jogo report that the Estadio da Luz outfit have drawn frustrated with repeated speculation over the future of their star players, with Nemanja Matic already leaving the Portuguese side to rejoin Chelsea.

The reputable newspaper state that Benfica will only allow Andre Gomes to leave the club, with none of the other first-team players allowed to make a move mid-season.

Gomes is a 20-year-old dynamic midfielder who has started to get first-team opportunities for Benfica, but has also shone for Portugal age-grade levels – namely the under-21 outfit of late.

O Jogo suggest that a fee in the region of €15 million will be asked for the prospect.

Liverpool have been heavily linked with Gomes over the last week, while Monaco are also believed to be interested. Brendan Rodgers has been robbed of Lucas Leiva for the foreseeable future due to injury – and as such the Portuguese star could be just the answer.

However, the report will come as bad news for Manchester United and Arsenal fans, as both of these Premier League giants have been eyeing up other Benfica stars.

Arsene Wenger’s men are in need of striking reinforcements and one player linked with a switch to the Emirates Stadium has been Spanish attacker Rodrigo.

The 22-year-old has represented Spain under-21’s and has been in fine form this term for Jorge Jesus’ men. He is Benfica’s joint top scorer with seven goals.

A potential transfer to North London has been touted, but the latest report could well pull the plug on this.

Manchester United have been linked with two of Benfica’s Argentine stars for quite some time, with more rumours that the Premier League champions could well finally land Ezequiel Garay and Nicolas Gaitan this month.

However, it now appears that David Moyes’ charges may well have to wait until the summer if they want to sign the South American duo.