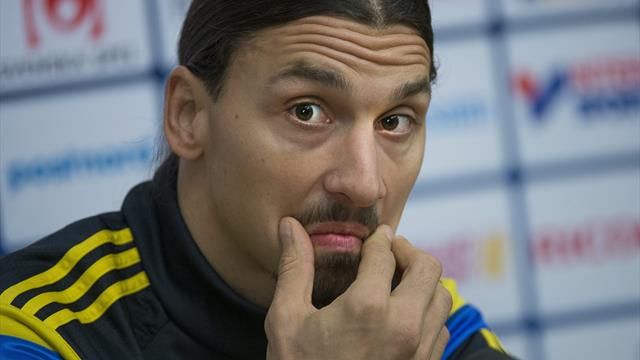 Manchester United have been dealt a major boost in their infancy under new manager Jose Mourinho, with speculation rife Zlatan Ibrahimovic will land himself at Old Trafford and prized keeper David De Gea will not take the lure of a Real Madrid offer.

A real-estate agency has appeared to all but confirm Ibrahimovic’s move to Manchester, with the Swede taking up property in the north-west near Manchester.

The 34-year-old is available on a free transfer after leaving Paris Saint-Germain at the end of last season.

‘We can confirm that we have found a new home for the footballer in Manchester, following the indications given by the club’, it read.

‘We struggled a bit at the beginning because Manchester is not Paris, nor Milan. Zlatan couldn’t understand that the architectural style can’t be the same, but in the end he was ‘forced to agree’ a move to an amazing villa with inner swimming pool and a very big garden.

‘Zlatan is a guy with huge sense of humour, we’ve watched the launching event of his sporting cloth brand and his comment on the house was kind of fun too: ‘I will adapt.”

Meanwhile, David De Gea has taken a parting swipe at departing manager Louis Van Gaal, while in the process revealing his admiration for Mourinho.

“I think United needed a coach like him – a winning coach with personality,” De Gea told Spain’s Cadena Ser radio.

“United’s decision to sign Mourinho is the right move.”

“I arrived at United to win titles; it’s true that in the past two years we haven’t been at the level that this club deserves, but we hope that with the coaching change, we can return United to the top.”

De Gea is expected is expected to start in goal ahead of Iker Casillas in Spain’s Euro 2016 opener against Czech Republic on Monday.