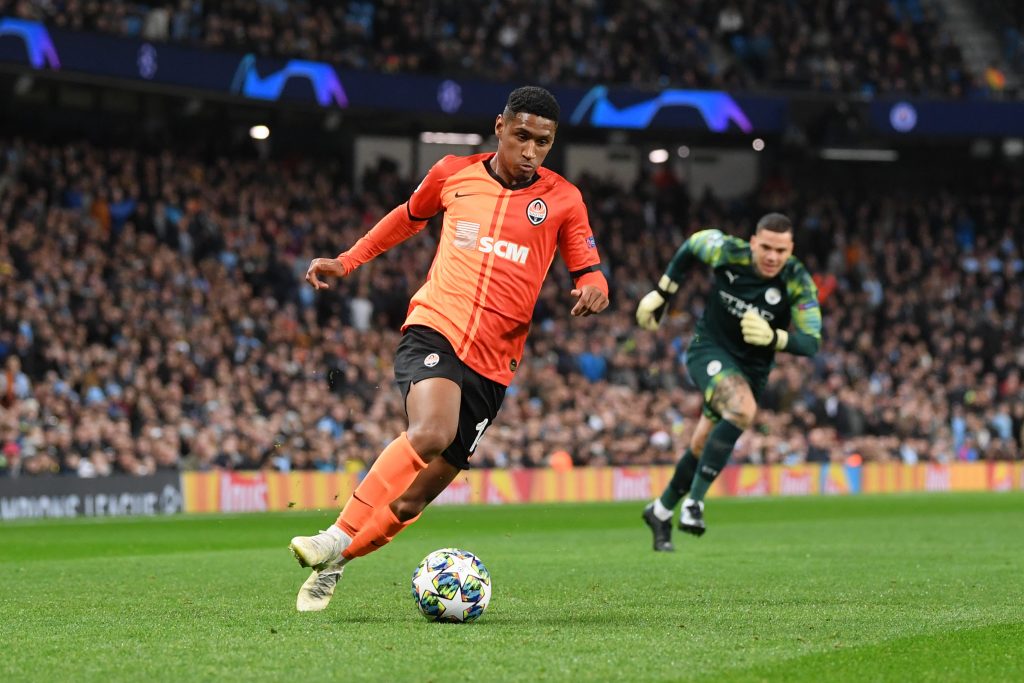 Shakhtar Donetsk forward Tete has said that Barcelona, Manchester United and Liverpool are among the dreams clubs he would like to play for in the future.

The 20-year-old joined the Ukrainian outfit in February 2019 without making a single senior appearance for Gremio, where he spent 11 years.

Tete has since registered nine goals and seven assists for Shakhtar from 36 appearances and speaking in a recent interview with Esporte Interativo (h/t Goal.com), he has revealed his ambitious plans for the future.

“Three clubs are part of my dream in Europe: Barcelona, Manchester United and Liverpool. Gigantic clubs with fantastic managers and an incredible number of trophies,” he told.

“As a player, I dream of winning important titles and those clubs are incredible options to achieve that.

“I know United and Liverpool are rivals. But, if the moment of choosing one of them actually came about I would have to choose wisely.”

Tete is capable of playing in the attacking midfield or right-wing role but he has predominantly featured in the latter of those positions for the reigning Ukrainian champions.

At present, neither of the above-mentioned clubs seem to hold an interest in his services but he could gather their attention in the long-run, should he continue to impress for Shakhtar.

United are planning to sign right-winger during the summer and they have identified Borussia Dortmund’s Jadon Sancho as their priority target for the summer transfer window.

Jurgen Klopp’s side, on the other hand, are aiming to recruit a creative player and their focus remains on signing RB Leipzig forward Timo Werner.

Elsewhere, the Blaugrana are chasing the signature of Lautaro Martinez from Inter Milan with their main objective being to find a long-term replacement for Luis Suarez upfront.