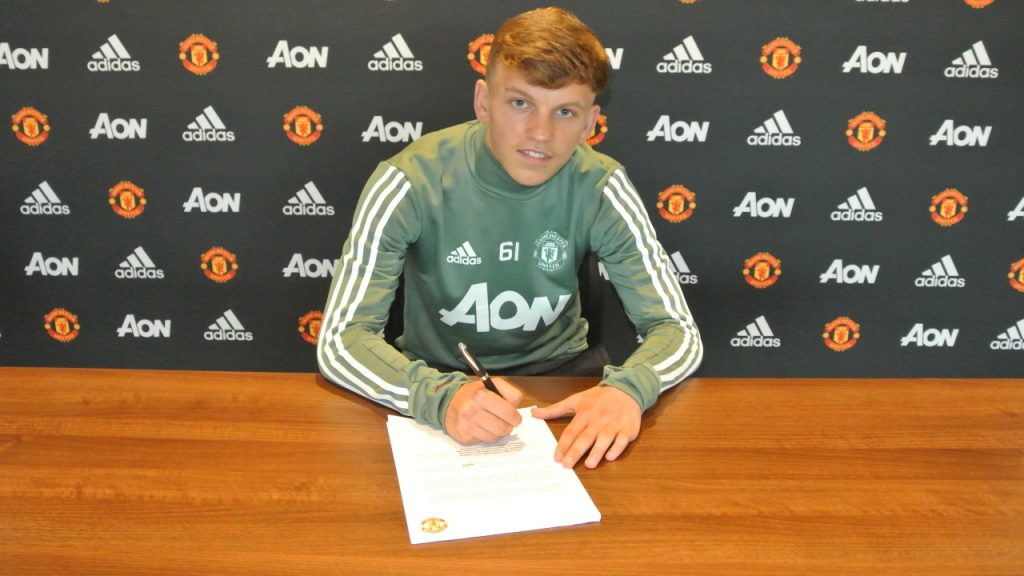 We reported on Sunday that Manchester United confirmed they had agreed to a first professional deal for midfielder Dion McGhee and supporters are delighted with the news.

So excited for you – keep working hard ! All worth it !

Congrats lad, keep it up ?

The 17-year-old made 13 appearances for the u18s last season and is being tipped for a bright future. McGhee is a creative playmaker who can operate in the No.10 role and is one of many scholars to get a pro deal in recent weeks – Brandon Williams, Ethan Galbraith and James Garner among others.

United supporters pride themselves on developing young talents who become mainstays in the first-team. In recent years, Jesse Lingard and Marcus Rashford have been the success stories of the Red Devils’ academy, while Scott McTominay is the most recent graduate – earning a call-up last season and making a total of 23 appearances in all competitions.

The 21-year-old received his first cap for the Scotland national team off the back of his impressive performances in the first-team, while Lingard and Rashford have made the England squad for the 2018 World Cup in Russia after racking up a combined 3683 minutes of Premier League football in 2017/18.

For McGhee now, the challenge is to continue developing and not rest on his laurels. The hard work starts now to make the step up from the u18s to the reserves and first-team.