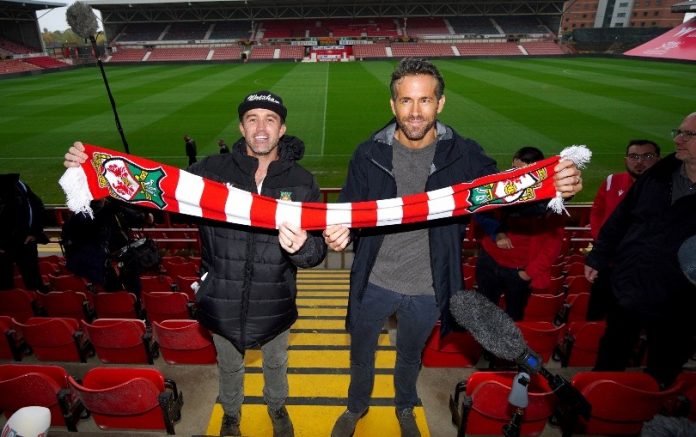 The documentary is called ‘Welcome to Wrexham’ and will be available to watch on Disney+ from August 25 in the United Kingdom.

In a similar fashion to Amazon’s ‘All Or Nothing’ series with Premier League clubs such as Manchester City, Tottenham Hotspur, and Arsenal, ‘Welcome to Wrexham’ will document the club’s journey since the high-profile takeover in 2020.

Wrexham will continue their battle to return to the football league after spending 16 years in the National League, with many failed promotion bids leading to increased frustration amongst the fanbase in North Wales.

Grimsby Town stopped Wrexham from making the National League playoff final with a 119th minute winner in extra-time, as hearts broke across the town yet again for the Reds.

The upcoming documentary will present a fascinating insight into the day-to-day running of the club, featuring Reynolds and McElhenney’s direct involvement in that process as well as input from some of the club’s most loyal supporters.