The 2014 World Cup in South America has reached the halfway mark, with a host of sides already flying home for a summer of reflection after a hectic opening two weeks of football.

While we’ve now seen the likes of Spain and England sent packing, with many surely benefiting from the promotional codes offered by the likes of William Hill, referees have been in the spotlight more than in any other tournament, thanks to the showcasing of some nifty new gadgets.

Used for the first time in the France – Honduras match, the goal-line technology served to validate the ref’s decision to grant France’s second goal after Benzema’s shot ricocheted off the post and then again off Noel Valladares’ hand to finally cross the line. 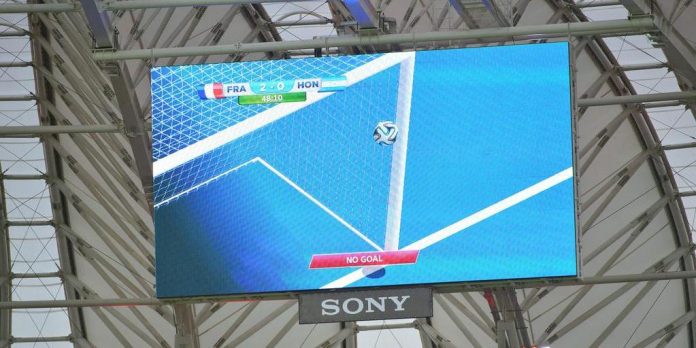 Despite the accuracy of the technology, developed by the German firm GoalControl, FIFA should consider adopting sleeker communication to prevent the outrage of fans and players as it rightly showed that the shot had originally not crossed the line.

Though not a major innovation for Americans who have seen it used in the MLS and in South American leagues, its first use in the World Cup has meant less cheating. Both the defensive wall and the player taking the free kick can no longer edge forward. 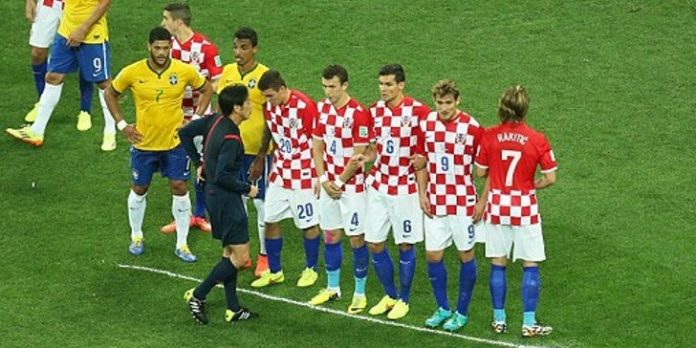 International referee Howard Webb said before the tournament that the technology could result in ‘more free-kicks goals’, and while we have not seen a plethora of dead-ball strikes so far, Argentina captain Lionel Messi was enjoying the new structure on Wednesday against Nigeria, scoring one from range, right after testing keeper Vincent Enyeama with an almost identical effort just minutes before.

The referee spraying the pitch has become less and less of an unusual sight with every passing game, and is now considered not only to be quite normal, but also a necessity, as the thought of a dead-ball scenario without these aerosol guidelines now seems rather risky.

With modern day football decided by the very finest of margins, these new innovations in refereeing technology must continue to be greeted with praise from all corners, despite the need for a few touch-ups along the way.

The goal-line technology may perhaps be too concerned with itself at times, as we saw with the France-Honduras debacle, and Dutch defender Bruno Martins Indi was left seething when his pristine new boots were left with a white spray line during one free-kick setup; but these upgrades in modern football are wholly necessary, and must be ushered in with as much patience as can be mustered.