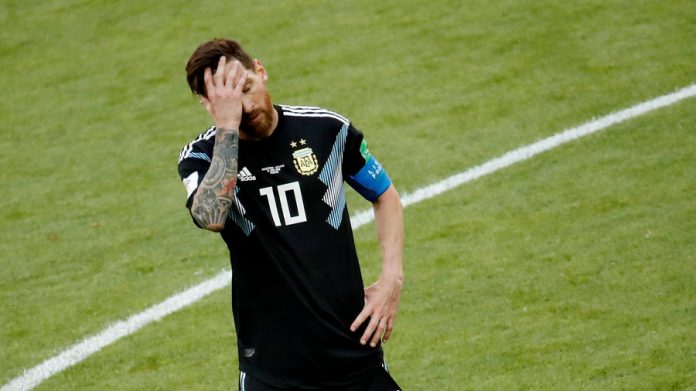 The 2018 World Cup has been an exciting and open tournament so far, but a number of surprising results have made it difficult to excel in the Sportslens Predictor competition.

Run through Superbru, now is the chance for you to claim bragging rights and showcase your football knowledge of the global spectacle in Russia.

After round one I am still in the running to win the 50-inch television, getting the scorelines right in Uruguay’s 1-0 win over Egypt, Argentina’s 1-1 draw with Iceland and Serbia’s 1-0 victory against Costa Rica.

I am on the cusp of the top 20, while our editor (‘sportslens’ on the leaderboard) is #5! Where are you?

As round two approaches, there are a number of standout games that will be tough to predict.

In Group A, competition hosts Russia started with a bang, while Egypt struggled in the final third without talisman Mo Salah.

With the sides meeting on Tuesday night, the Africans need a result or can kiss their chances of progression
goodbye – I’ve gone for a 1-1 draw in St Petersburg. 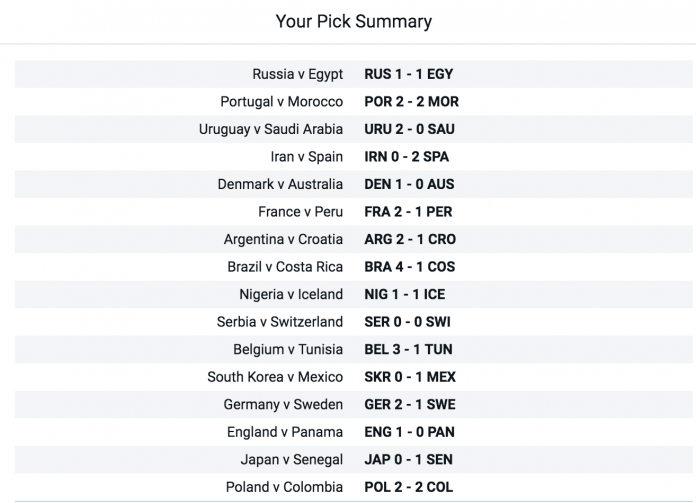 Despite Iran opening with a win, Group B should surely see Spain and Portugal record their first victories of the competition after an enthralling 3-3 draw last Friday night.

Elsewhere, France were lacklustre in their 2-1 win over Australia and could be punished by a willing Peru side if they don’t improve.

Group D’s big game sees Argentina face Croatia, with the South Americans in dire need of a positive result after their opening round draw against Iceland.

While the Europeans are capable operators, I’m backing Lionel Messi to get back on track (two bad games in a row, surely not?) and inspire the Albiceleste to a 2-1 win.

Brazil toiled to a 1-1 draw against Switzerland in their first game and as such will be looking to make amends against Costa Rica.

While the game could initially be a bit cagey, I’m backing Neymar, Coutinho and the gang to be too good for Los Ticos and win 4-1.

Finally, Germany were surprisingly beaten 1-0 in their first game by Mexico and as such the world champions need to bounce back against Sweden.

While Joachim Low’s men were far from their best in the first game, I’ve backed Die Mannschaft to beat the Scandinavians 2-1.

Enjoy round two of the World Cup and get those predictions in!