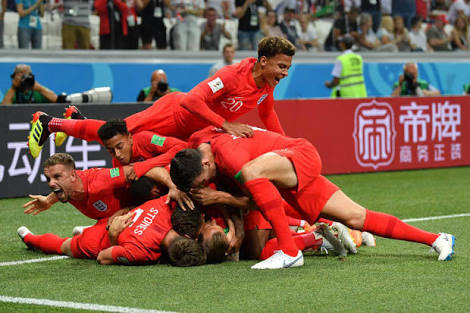 What would you give up for your country to win the World Cup this summer? That is one of many questions that Passionmeter has been asking supporters from some of the proudest footballing nations – and the results are in.

Fans from Brazil, Germany, England, Argentina and Russia were quizzed about the lengths they would go to if their side was to becoming world champions and their footballing habits were documented.

This has made for interesting viewing, with the use of Passionmeter a chance to see which of these sets of supporters love their side the most.

Many fans would be willing to part with alcohol and home comforts in a trade off for their national side to taste glory in Russia this summer, while the commitment to their teams is unquestionable.

There is a quiz available for supporters to express their opinions and shape the results – to have a look at the documented findings and to get involved in the research.

Day 5 of the 2018 World Cup saw victories for Group G heavy-hitters Belgium and England, while Sweden also got off to a winning start against South Korea.

In today’s news we look at the fallout from these games and look ahead to the second round of fixtures kicking off – starting with tournament hosts Russia against Egypt.

England started their World Cup campaign with a win on Monday night, but relied on a last-gasp Harry Kane strike to ensure a 2-1 triumph against a dogged Tunisia side.

The Three Lions started the game in blistering fashion and should have been a couple of goals to the good before the break, with Dele Alli and Jesse Lingard guilty of spurning great opportunities.

VAR again caused some controversy, with Tunisia’s goal coming after a Kyle Walker foul that was not reviewed and England feeling they should have had at least one spot kick of their own.

Kane, who scored both of his side’s goals, said he felt justice was done.

“There could have been a couple of penalties, especially when you look at their one, which looked quite soft,” he said.

“I struggled to get the Tunisia players off me all night. They were trying to grab hold, trying to stop us running, I couldn’t move at set pieces.

“So, maybe there was a bit of justice at the end to get one at the back post.”

Dele Alli picked up a knock in the win, which has been confirmed as a quad strain – Gareth Southgate said he is hopeful the injury is not overly serious.

Martinez not happy with Panama physicality

Belgium started their World Cup with a 3-0 win over first-time participants Panama, courtesy of a Dries Mertens volley and a Romelu Lukaku brace.

The Europeans were stodgy at times against a defensive opponent but in the end their attacking calibre created openings.

Belgium coach Roberto Martinez was happy with his side’s win – and to avoid injuries against a Panama side that picked up five bookings.

“You can see that the yellow cards were mounting on the opposition during the game but it is a worry that in any of these tackles you could get really hurt,” he said.

“My worry is one of those tackles could mean we lose the opportunity to enjoy a player of the quality of Eden Hazard.”

One slight concern for Belgium was the performance of Yannick Carrasco at left wing-back, with Martinez reverting to a back four after the wideman’s substitution in the second half.

Russia can qualify, Salah to start

The second round of group games start tonight, with Group A’s Russia and Egypt to play in Saint Petersburg.

Expectations around the hosts were relatively limited ahead of the competition starting but a 5-0 opening day win over Saudi Arabia means they are in an excellent position to qualify for the next round with a positive result tonight.

Egypt were beaten 1-0 by Uruguay after a defensive display and will need to be more expansive if they are to get a different outcome against Russia.

This will be made easier by the pending return of Mo Salah from a shoulder injury picked up in the Champions League final, with it being widely reported that the Liverpool ace will start the game on Tuesday night.

How are your predictions doing? Make sure you enter your picks for round two in the Sportslens Predictor competition here before tonight’s action starts.