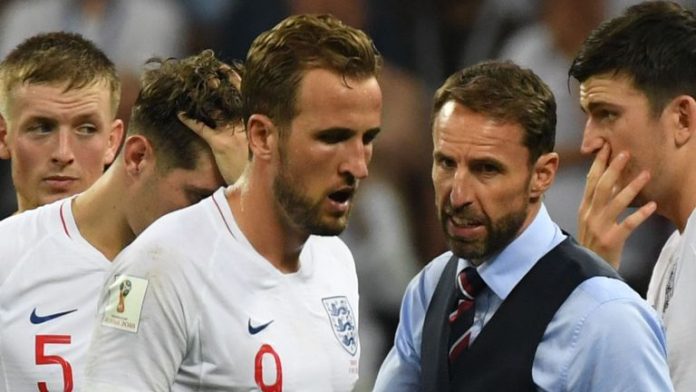 The World Cup in Russia heads into its final couple of days this weekend with two very differing levels of game left to play.

England and Belgium meet in Saturday’s meaningless third/fourth place play-off, while France and Croatia go head-to-head in the final the following day.

Read on as we look at some of the talking points from Day 29 at the World Cup.

Big Sam hits out at Kane

Ex-England boss Sam Allardyce has probably been watching the World Cup through gritted teeth as the Three Lions exceeded expectations to reach the semi-finals.

Never one to miss an opportunity to have a dig at someone if at all possible, Big Sam believes striker Harry Kane is to blame for England’s exit from the tournament.

“What went against us was that the quality of our own finishing in open play – it let us down,” Allardyce told talkSPORT.

“Had we gone in 2-0 up, I don’t think there was any chance Croatia would have recovered from that. Particularly the double miss from Harry – as a striker, you’re employed not to miss those chances when they come along.

“I don’t want to be unkind to Harry Kane, because he’s an absolutely brilliant striker, but Raheem Sterling was in a much better position and that little ball across the box and a little tap in would have made it more certain.”

England manager Gareth Southgate has admitted he is a bad loser and Wednesday’s defeat against Croatia is sure to have left its mark.

However, he has insisted that he will put that one side to lift the Three Lions for their game against Belgium on Saturday.

“We were 20 minutes from a World Cup final – that is going to live with me forever, there is no doubt about that,” he said.

“I’m conscious I’ve got to raise everybody, but I’m up watching the game at four o’clock on Friday morning.

“I’m old enough now that I don’t have to beat myself up unnecessarily. I think when I was a player I had a very simplistic mindset. I’m a lot more rational now. I can see what we have achieved.

“Your responsibilities lay elsewhere as a manager. It’s different (from being a player) but no less painful, for sure. I’ve also got to get everyone else through the next few days.”

Martinez insists his team are keen to win the match and end their tournament with six wins from seven games.

He said: “We are on a journey and we need to learn from the games we have played. It is essential for us to perform tomorrow.

“When you finish the tournament you carry the feeling of the last game. It has been an incredible experience and I think everybody in Belgium deserves that winning feeling at the end of the tournament.”