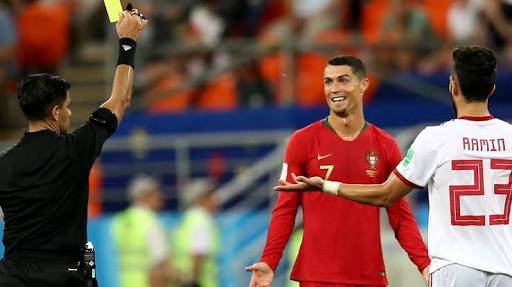 Monday’s World Cup 2018 action was full of controversy, suspense, goals and gaffs as the first four teams to make it through the group stages were decided.

Participants in the round of 16 are starting to be confirmed, helping anyone looking to make travel plans around the World Cup to determine their next destination.

In Group A, Uruguay and Russia had already both qualified before they met, but the South Americans showcased their dominance with a 3-0 win to take top spot.

In Group B, Spain needed a late goal to confirm their place in the round of 16, while Portugal also made it through in dramatic circumstances.

Tuesday’s action sees Group C and D wrap up, with Lionel Messi backed to play a big role in getting Argentina to the next stage.

When the draw for Group B was made, Portugal and Spain progressing was seen as an almost definite, but Iran and Morocco showed they were not just there to make up the numbers on Monday.

A last-gasp Iago Aspas goal gave Spain a 2-2 draw with an impressive Morocco side and meant the 2010 champions topped the group.

In the other game, Iran were unlucky not to beat Portugal but had to make do with a 1-1 draw, sending the Europeans through.

Iran coach Carlos Quieroz was incensed when Cristiano Ronaldo was not sent off after appearing to elbow Morteza Pouraliganji – despite a VAR review.

“You stop the game for VAR, there is an elbow,” he said.

“Elbow. Elbow is a red card in the rules, the rules don’t say if it is Messi or Ronaldo.

“We don’t know if it was the referee or the guys upstairs (who decided). This game belongs to the people, not to a couple of guys behind the scenes.

“My suggestion, Mr Infantino, they have to put up their hand and say: Sorry, VAR is not working so we have to stop it.'”

Spain will now take on Russia in the round of 16, while Portugal face Uruguay.

Despite pre-tournament expectations being low, Russia won over some of their doubters in the early stages of the World Cup, winning their first two games comfortably.

However, the competition hosts were brought back down to earth on Monday, losing 3-0 to Uruguay in their final Group A game.

A tough clash with Spain now awaits, which will surely see Russia’s competition come to an end.

Uruguay have started slowly at the tournament but made a tactical tweak in midfield for this clash and looked much more dangerous.

Luis Suarez opened the scoring with a sublime free-kick, with the South Americans many people’s dark horses to make inroads towards the latter stages after winning the group.

Time for Messi to deliver

Tuesday’s action will see Group C and D be determined, with Argentina’s place in the World Cup hanging in the balance.

The South Americans have one point from their opening two games and need to beat Nigeria today to stand a chance of prevailing – with their goal difference also potentially costing them a place if Iceland beat Croatia.

Lionel Messi has been uncharacteristically quiet in Argentina’s opening two games, with the superstar struggling to make an impact thusfar.

Albiceleste coach Jorge Sampaoli has backed the nation’s talisman to be more involved against Nigeria.

“I think that match (against Croatia) was complicated for Leo, the structure of the game didn’t favour him and he didn’t get a lot of balls from midfield,” he said.

“If he had the ball less than usual it is because Argentina didn’t dominate the match as we did against Iceland.

“We are going to try and improve that and we are sure that is not going to happen tomorrow.”

Croatia are already through the next stage and can book top spot with a draw against Iceland.

Is the World Cup going as you expected? The Sportslens Predictor competition has a 50-inch television as a reward for the winner!