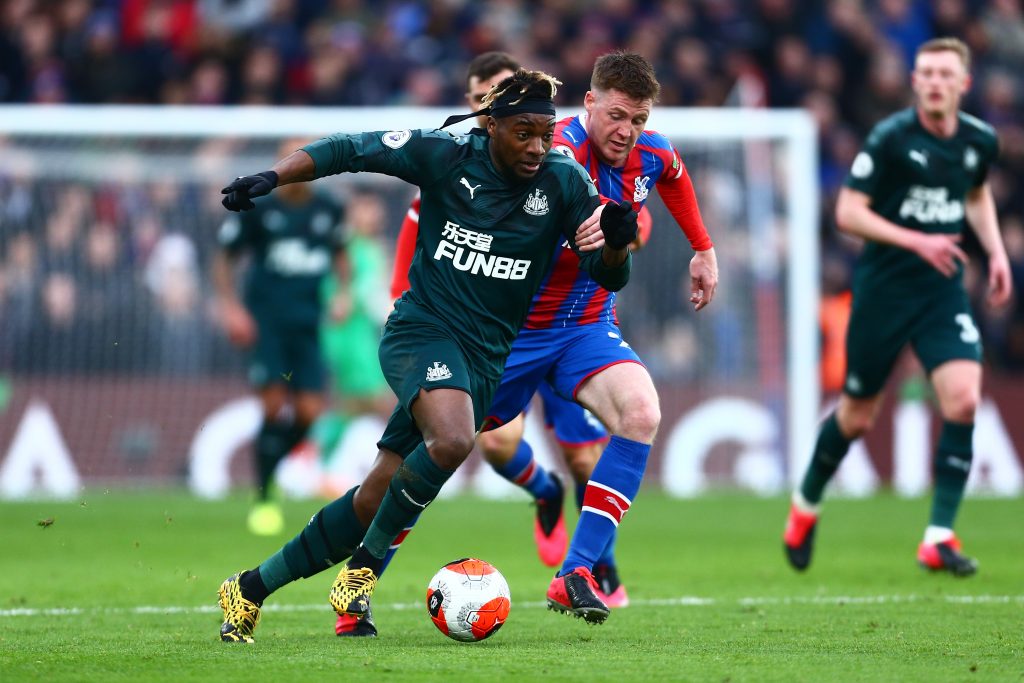 Newcastle winger Allan Saint-Maximin’s future at the club is in doubt after a fall out with Steve Bruce.

According to Daily Mail, the manager is not quite satisfied with the winger’s performances in training and that is why he chose to drop the 22-year-old against Burnley.

The report adds that Wolves and Palace are keeping an eye on the situation.

It will be interesting to see what happens at the end of this season. Newcastle players are thought to be frustrated with Bruce’s tactics.

If Saint-Maximin decides to move on, there won’t be any shortage of suitors. He has shown his quality with Newcastle already.

The tricky winger would be a superb addition to Wolves’ attack. The Molineux outfit have a very good right-sided winger in Traore and Saint-Maximin could complete Nuno’s front four.

He will add pace and creativity to Wolves’ attack and help them break into the top four next season.

Nuno’s side are in good form right now and they could secure a top-four finish this season.

Newcastle fans won’t be too happy with the situation. Although the winger only joined the club this season, he is loved by the Newcastle fans and his departure could infuriate the fan base.