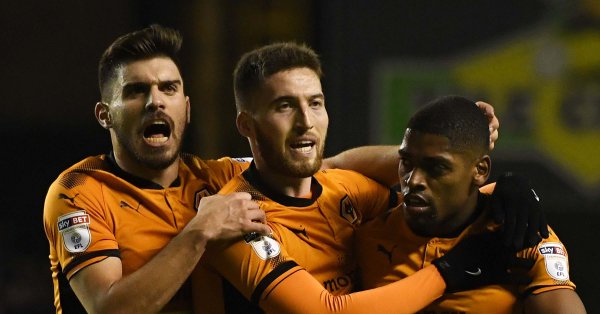 Nuno Espirito Santo’s men maintained their lead at the top of the table thanks to second-half goals from Benik Afobe and Doherty.

Wolves are now three points clear of second-placed Cardiff and they will be looking to build on this win and secure the championship title by winning the rest of their matches.

The fans were expecting a convincing win after the heavy defeat at Aston Villa and the players have delivered. Wolves had won just one of their last five league games heading into this game and Nuno will be proud of the performance from his players last night.

With nine matches remaining, Wolves cannot afford to hit a slump once again if they want to secure promotion to the Premier League.

Meanwhile, Reading continued their dreadful run of form with another loss. They have only won one of their last 17 matches and they are in real danger of going down this season.

We’re all delighted with the performance tonight: the passing, possession, constantly pressing forwards and of course, the goals. This is the Wolves we have become used to watching. Now to keep it up – no complacency on Saturday.

Bossed the game tonight and fingers crossed for a repeat Saturday. Great chorus of one Carl Ikeme also ?

Good performance after villa should’ve been 6 nil reading poorest team I’ve seen all season, I’d sleep on settee tonight if I was you?

We move on to Saturday, game by game