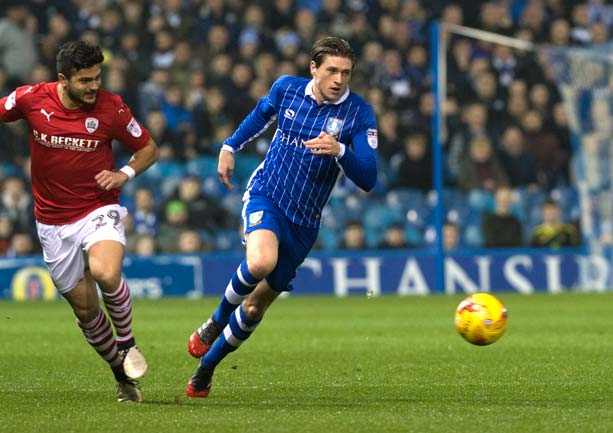 According to a report from The Sun, Wolves are planning to make a move for Adam Reach from Sheffield Wednesday when the transfer window opens in January.

Regular followers of Championship football will know that Reach is a fantastic player, and Wolves boss Nuno Espirito Santo can pull off a masterstroke by securing his signature.

The 25-year-old midfield dazzler joined the Hillsborough club for £5 million in 2016, and has been one of the the club’s most important players.

He has scored four goals and provided two assists for Sheffield Wednesday, and his brilliant form has not gone unnoticed. Reach has scored a string of stunning goals of late, finding the net against Leeds, West Brom and Middlesbrough.

The report claims that the Wolves boss has watched him several times already, and is ready to make a move for him in the January transfer window.

Wolves under Nuno play a fantastic brand of attacking football, and Reach would fit in excellently into the side. He is just the type of player who is capable of producing a bit of magic and moments of inspiration, and that is why Wolves should sign him in January.

He has been one of the most eye-catching stars in the Championship this season, and Wolves can provide him the platform to take his game to the next level.