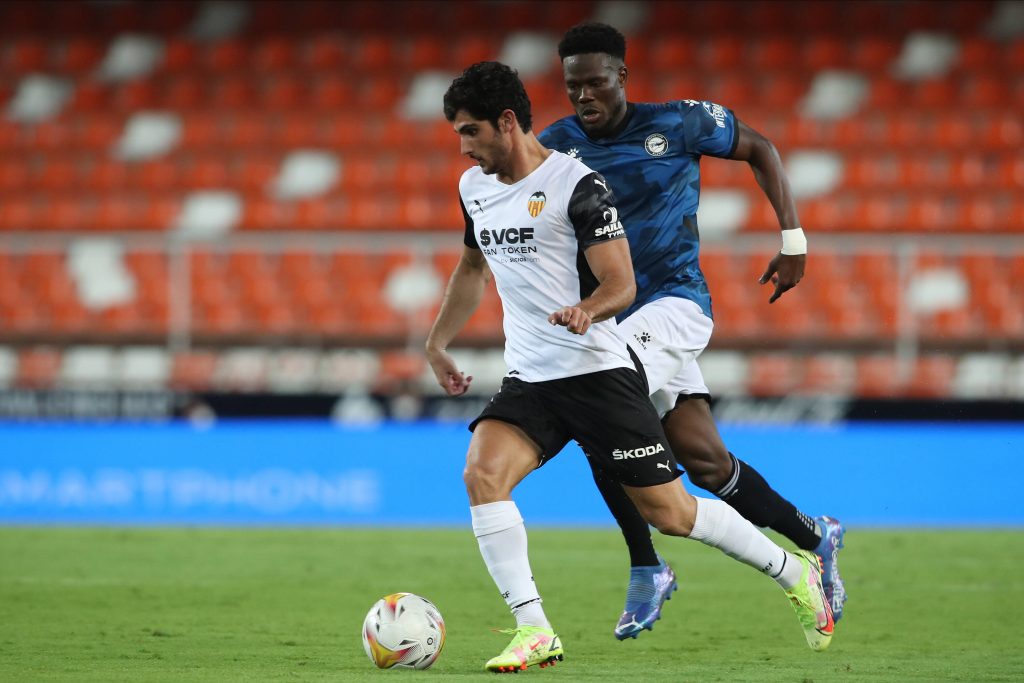 Wolverhampton Wanderers can now sign Valencia ace Goncalo Guedes for just £22 million, according to a report from Cadena Ser.

However, the proposed deal allegedly hinges on selling Adama Traore to Tottenham first.

Bruno Lage needs to bring some reinforcements into Molineux before the transfer window closes on Tuesday.

And Valencia star Guedes would be a very wise addition for the Black Country outfit.

Cadena Ser claims that once Traore is moved on, Lage can then bring the 24-year-old Valencia attacker to Molineux for just £22m.

That really is outstanding value for a player with his quality.

The 24-capped Portugal international can play anywhere along the front line and has genuine quality.

The talented forward has also begun this season in fine form, bagging a goal and an assist in three games.

Guedes has exceptional technique, and his playing style is easy on the eye. He would certainly add more guile and creativity to Wolves’ play in the final third.

Wolves need to get this one done as soon as they can. He would be a superb signing for Lage and, for £22m, he’d be well worth it.

Read also: Huge boost for Wolves as report claims club have replacement lined up for 24-year-old.