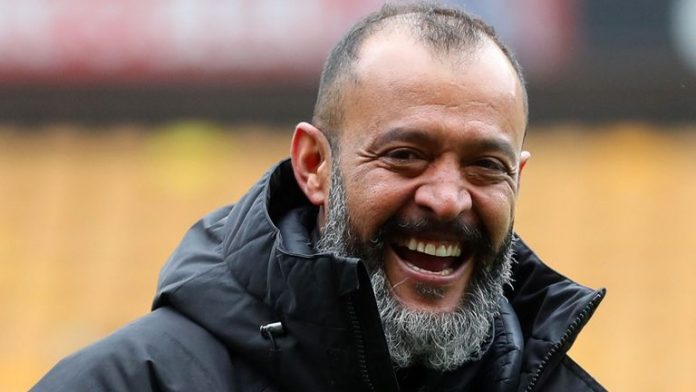 Recently Wolverhampton Wanderers boss Nuno Espirito Santo has been linked with a move to replace Maurizio Sarri at Chelsea.

However, the Portuguese boss has refused to to be drawn on speculation linking him with a move to Stamford Bridge, saying he is very happy at Molineux.

Chelsea have struggled badly under Sarri this season, and his future has come under intense speculation.

The Italian’s future at the London club is under doubt after a disappointing Premier League campaign. The Blues could be looking to replace him at the end of the season, and Nuno Santo is one of the many candidates who have been linked with a move.

Nuno has done wonders with Wolves. He guided them to the Premier League last season from the Championship, and Wolves have impressed this season, lying seventh in the league table.

Wolves are almost certain to finish within the top half of the table, which is a fantastic achievement for the club. Furthermore, Nuno guided Wolves to the FA-Cup semi-final as well.

However, it seems, he is not interested in the Chelsea job at the moment.

When asked the question linking him with Chelsea, Santo said to Football London: “No comments, it doesn’t mean anything. Nothing, I am here speaking with you.”

Asked if he is happy at Molineux, he said: “I consider myself a happy person, yes.”