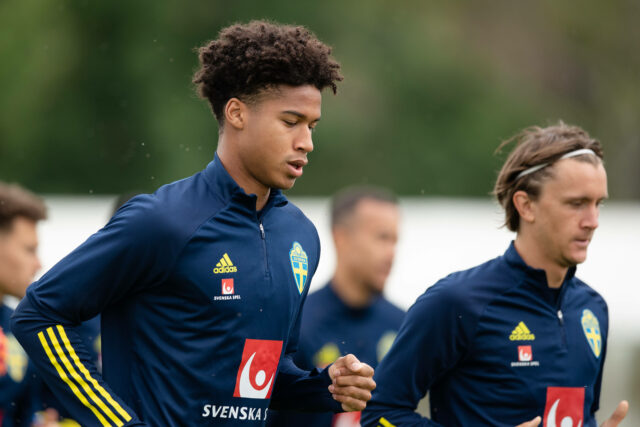 Wolverhampton Wanderers and Crystal Palace are interested in signing Jens Cajuste, according to The Athletic.

The 21-year-old midfielder is also being targeted by Newcastle United and Leeds United.

The Magpies are looking to bolster their midfield this summer and have several targets, including Arsenal’s Joe Willock.

The FC Midtjylland midfielder is also being watched. He is rated highly by Newcastle’s recruitment team, and the club have made their intentions clear.

Last week, Expressen.se claimed that Newcastle and Leeds are prepared to bid for the exciting young midfielder.

The Athletic claim that the Danish club want around €15 million (£12.8m) for the Sweden international.

The Magpies are operating on a shoestring budget, and it looks highly unlikely they will spend a chunk of their budget on unproven talent.

Wolves, who are looking to rebuild after the Nuno Espirito Santo era, could look to sign a new midfielder if they manage to sell Ruben Neves who has been heavily linked with a move to Arsenal this summer.

Palace are also keen to add depth and quality in midfield areas, but the Eagles have other targets. If the reports are to be believed, Palace are optimistic about landing Conor Gallagher from Chelsea on loan.

Leeds are also looking to sign a midfielder who will be mainly used as a back-up option for Kalvin Phillips.

The Whites are also after Gallagher, but a potential move for Cajuste cannot be completely ruled out.