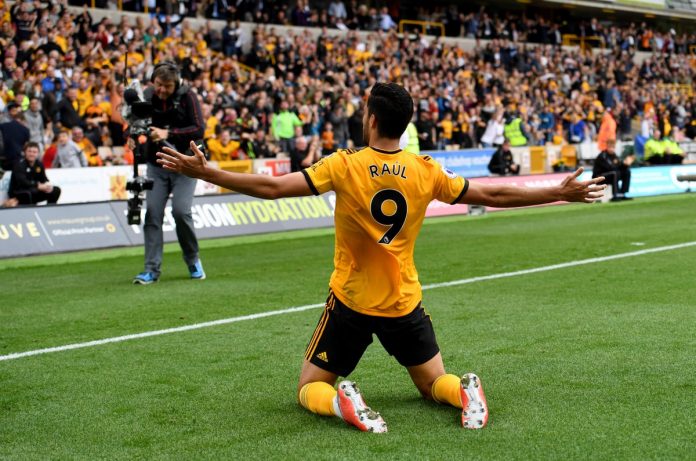 Wolves are set to seal the signing of Raul Jimenez on a permanent deal.

According to The Telegraph, a fee has been agreed with Benfica and the Mexican will stay on at Molineux beyond this season.

The report adds that Wolves have sealed a club record £25m deal for the in-form attacker.

Jimenez has had a fantastic debut season in the Premier League and the outlay on him is totally justified. The Mexican has been one of the best strikers in the country this season.

He has scored 15 goals for Nuno’s side this season. The striker joined Wolves on loan at the start of this season.

Wolves have had an impressive season so far and they will be looking to build on this in the summer and take the next step now.

In order for that to happen, Nuno needs to hold on to his best players. Signing Jimenez will come as a major boost to the fans as well as the players.

Here is how some of the fans reacted to the news.

What a class signing, can’t believe this is happening to my club ??

Thank you. Thank you very much! pic.twitter.com/flSOH93Q4M