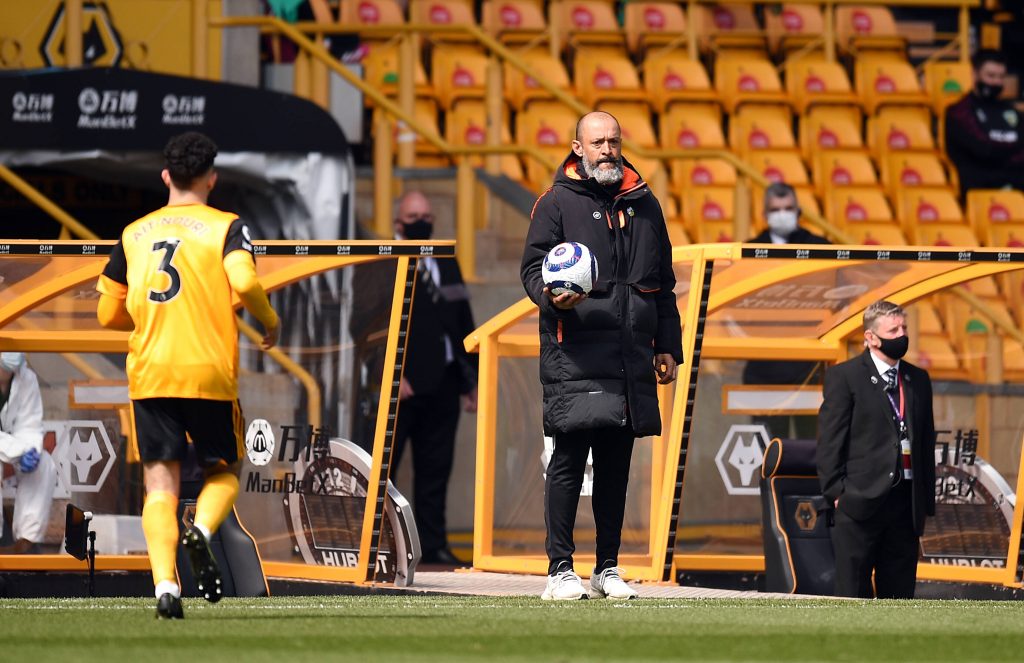 His preferred candidate to replace the sacked Portuguese – RB Leipzig’s Julian Nagelsmann – has been snapped up by Bayern Munich.

Mendes has made contact with Tottenham as he looks to offer them Nuno.

The Portuguese agent is also working on bringing former Benfica boss Bruno Lage to the Premier League to replace the 47-year-old at Wolves.

Nuno led the Midlands outfit to Premier League promotion in his first season in charge and helped them finish in seventh place in both of their first two seasons back in the top-flight.

He signed a new deal until 2023 last September, but Wolves have struggled this term, and Mendes reckons it is time for his client to move on.

He was looking for a new Premier League club for Nuno some couple of months ago. The Wolves boss was reportedly close to replacing Mikel Arteta before Arsenal regained form over Christmas.

Nuno is also open to returning to La Liga provided there is the chance to compete in Europe, but the Tottenham job could tempt him to remain in the Premier League.

The Portuguese insisted ahead of his side’s 4-0 loss to Burnley that he is committed to Wolves and intends on seeing out his current contract when asked about the Tottenham links.

However, that could change in the coming weeks with Mendes’ intervention in Spurs’ managerial search.

In other news, La Liga side in talks with Spurs over fees for defender.