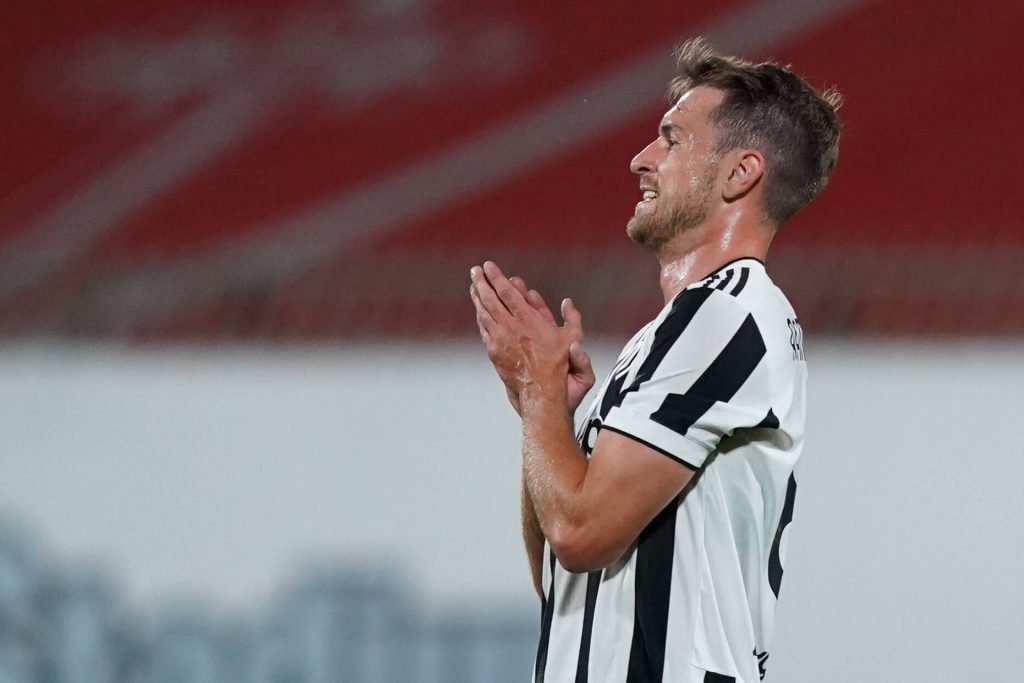 Wolverhampton Wanderers are interested in signing Juventus midfielder Aaron Ramsey, but the Welshman is resisting the move, Calciomercato reports.

The Midlands outfit are planning a potential reshuffle of their attack this summer with Pedro Neto and Adama Traore linked with possible departures.

The club have already reinforced their frontline with the loan signing of Francisco Trincao from Barcelona, with an option to buy next summer.

They are now interested in signing former Arsenal star Ramsey, but they could be left disappointed with the midfielder not keen on joining them.

The Bianconeri are looking to get Ramsey off their wage bill as they are aiming to re-sign Miralem Pjanic from Barcelona on a two-year loan agreement.

Ramsey had a successful 11-year career with Arsenal, registering 65 goals and 65 assists from 370 appearances across all competitions.

Out of those, 40 goals and 51 assists came in the Premier League from 262 outings.

He joined the Bianconeri on a free transfer in 2019, but the move has not worked out. He is currently regarded as a squad player.

A move away from Turin could offer the Welshman regular game time, but it appears that he is not open to joining Wolves.

The decision appears justifiable, given he may not want to ruin his legacy with the Gunners by playing for another Premier League club.

Meanwhile, Wolves had a poor 2020/21 campaign where they finished a lowly 15th. They could experience another tough season.

Traore is the subject of an approach from Leeds United. Ramsey may not want to join a club that are open to selling key players.