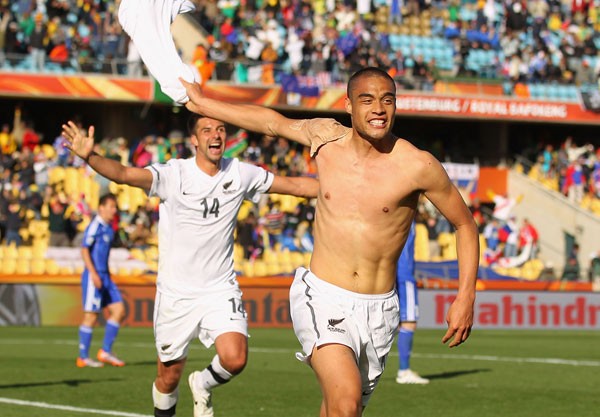 West Ham have agreed to a new long-term deal with the New Zealand international Winston Reid.

The experienced centre back has committed his future to the Hammers until 2023 by signing a new six-year contract.

The West Ham fans and Slaven Bilic will be delighted with the news of Reid’s extension. He is one of the best players at the club right now and the Hammers will need him if they want to challenge for the European places this season.

Reid joined West Ham in 2010 and he has been a regular starter since then. The 29-year-old defender has made 150 appearances in the Premier League with West Ham.

West Ham have had a very good window so far and keeping Reid at the club will be another crucial piece of business. The centre back revealed that West Ham have a bright future and he is very happy to be a part of it.

Reid said: “I’m very happy. I’m pleased we’ve got it sorted so I’m obviously looking forward to the seasons ahead. It’s going to be a big amount of time I’ve spent at the Club and I’m looking forward to it. I’ve been here a long time now! I think with the business we’ve done over this summer and the players we had here before, I think we can go on to have a good season and seasons ahead. It’s all about trying to get better. I enjoy being here and my family does as well so I’m very happy I’m able to stay here. I’ve been here for like seven years now and you start to feel a little bit old, but I’m happy and feel privileged to be here and looking forward to the future!”