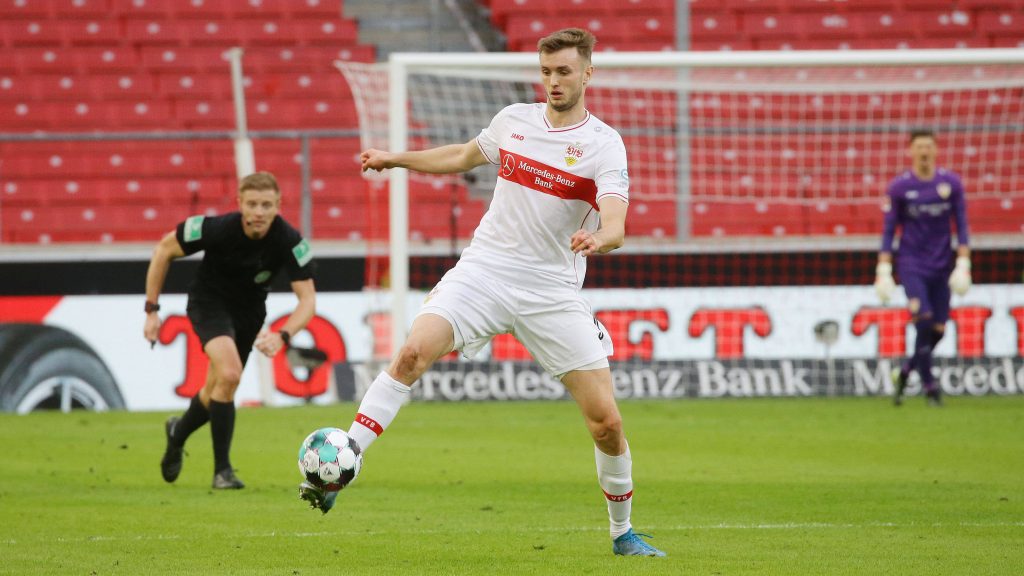 According to Eurosport, West Ham United are keen on Stuttgart striker Sasa Kalajdzic ahead of the summer transfer window.

The Bundesliga’s tallest player has scored 15 goals in 30 games this term, and he is not short of suitors.

Tottenham Hotspur are also looking into a potential summer move for the £15 million-rated 23-year-old, while RB Leipzig and AS Roma have also been linked with ‘Austria’s Peter Crouch’.

West Ham sold Ivory Coast international striker Sebastien Haller to Ajax in January, and they were not able to bring in a direct replacement, landing Jesse Lingard on loan instead.

While the Manchester United attacking midfielder has hit the ground running at the London Stadium, bagging eight goals in nine Premier League games, manager David Moyes wants to sign a striker for next season.

The 6ft 5in Kalajdzic can play as a target man who loves laying the ball off for his teammates. While headers and winning aerial duels are his strengths, the Austrian international is also a decent finisher with his feet.

With European football not guaranteed at Stuttgart next term, Kalajdzic could be keen on moving elsewhere at the end of the season, and qualifying for the Champions League next season will definitely make West Ham more attractive.

He is not guaranteed regular playing time at a side like Tottenham given the presence of Harry Kane, but he will likely fancy his chances with the Hammers.

Michail Antonio has struggled regularly with injuries, and West Ham really need to bring in another striker.

In other news, BBC pundit tells Hammers star to stop dancing after scoring.