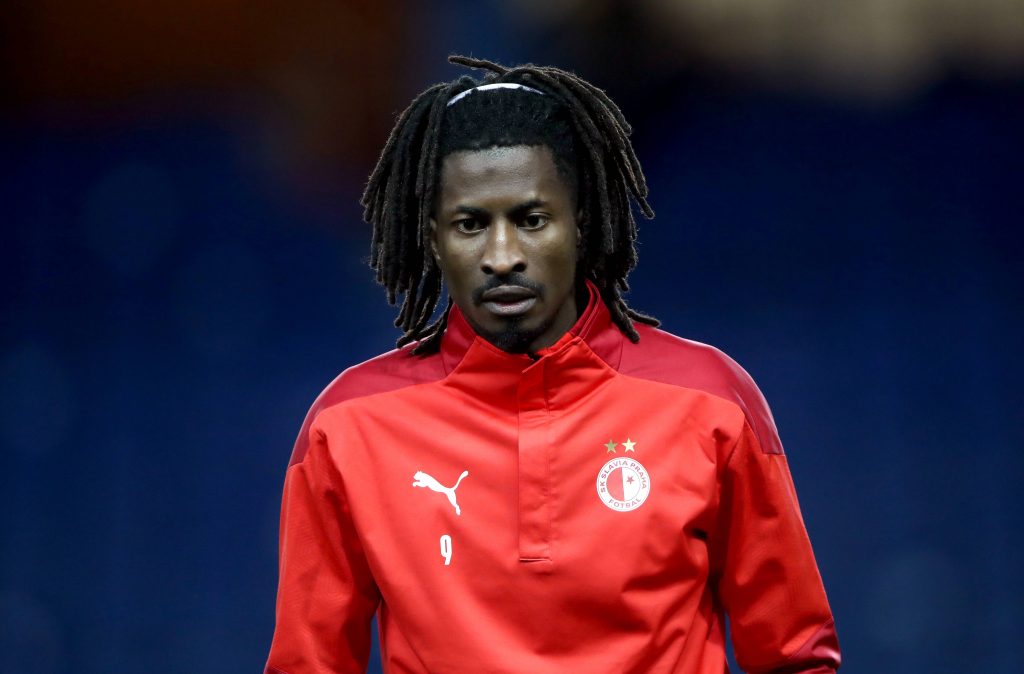 According to Czech outlet Ruiz, West Ham United are keen on bringing Slavia Prague winger Peter Olayinka to the Premier League this summer.

The fourth-placed Hammers are looking to strengthen their squad when the transfer window opens, and they have three Slavia Prague players on their radar, including the Nigerian.

West Ham are also keeping tabs on Abdallah Sima and Ondrej Kolar, and their attraction to players from the Czech champions is understandable.

Both Tomas Soucek and Vladimir Coufal have been quality additions to manager David Moyes’ squad since joining from Prague.

Olayinka first gained prominence when his side faced Barcelona in the group stage of the Champions League last season.

He even hit them with the seal dribble! pic.twitter.com/WduswJ34J8

The 25-year-old was a thorn in the flesh of the Catalans’ defence home and away, and his fine form has continued in the Europa League this term.

Olayinka scored a goal and assisted another one as Prague dumped Rangers out of the competition in the round of 16. He will be looking to impress in their return leg against Arsenal in the quarter-finals following a 1-1 draw at the Emirates Stadium.

He has 10 goals and two assists in 32 games across all competitions for the Czech giants, playing a huge role as his side remains unbeaten in the domestic league.

While Olayinka currently has two years left on his current deal, West Ham would not have a hard time landing him should they make a move.

The attacking midfielder has the quality, experience and huge potential Moyes could work with. It will be interesting to see whether a reunion with his former teammates is on the cards.