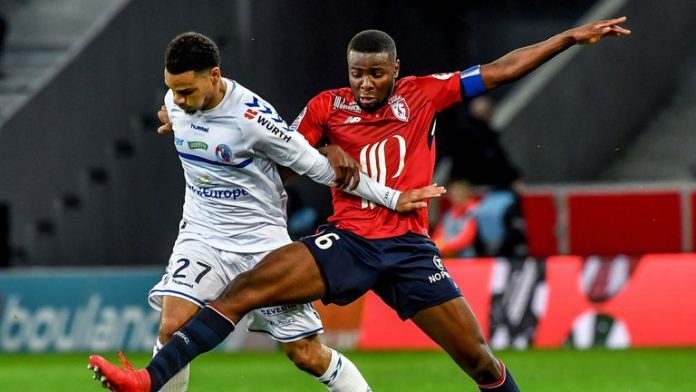 West Ham United have been linked with a move for Lille midfielder Ibrahim Amadou.

The Hammers have offered a £2 million loan fee along with an option to buy for £14m.

However, L’Equipe has claimed the French club want a firm commitment from West Ham before they will sanction the move.

West Ham currently have 14 players unavailable through injury and manager David Moyes is desperate to strengthen his squad before the January transfer window closes.

The 24-year-old made his senior debut for AS Nancy against AJ Auxerre back in 2013.

The Cameroon international joined Lille in 2015, and has scored two goals in 74 league appearances.

Crystal Palace have made two bids for Amadou, the most recent of which was a loan offer with the option to buy, but they are still short Lille’s £17.6m valuation of the player.

Amadou can play as a holding midfielder or a centre-back and has made 21 appearances for the Ligue 1 side this season.