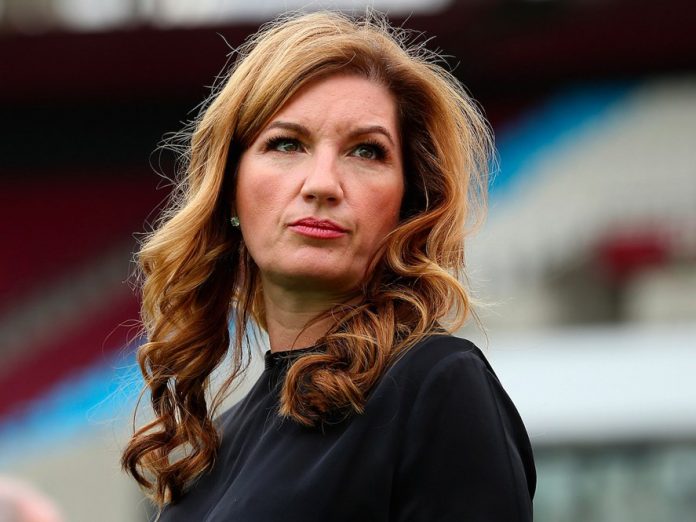 Manchester United will be playing in the Europa League next season after missing out on the English Premier League top-four spots.

The Red Devils have failed to make the Champions League for the second time in three seasons, and manager Ole Gunnar Solskjaer will be hoping to get things right going forward after coming close to getting an impossible job done upon his arrival at Old Trafford last December.

West Ham United vice-chairman Karren Brady can’t believe United could finish in sixth place despite spending half a billion, and she has aimed a dig at the club.

“United, meanwhile, having spent £500m on evidence from a 12-strong scouting team replete with a chief scout and, straight out of a world domination movie, a head of global scouting, finished a humbling sixth,” she told The Sun.

“Plenty of lessons there, then.

“At West Ham we have learned that a good boss, a solid team, a goal scorer, supportive owners and a full stadium are the key to being in the top-flight.”

The Red Devils are looking to appoint a sporting and technical director ahead of next season, and they need to get that decision right in order to have a chance of challenging their rivals for the Premier League title anytime soon.

Recruiting lots of players and splashing the cash hasn’t helped United improve their fortunes on the pitch since Sir Alex Ferguson left in 2013, and it will be interesting to see how they go about implementing needed changes going forward.

Brady will surely be keeping a keen eye on things.