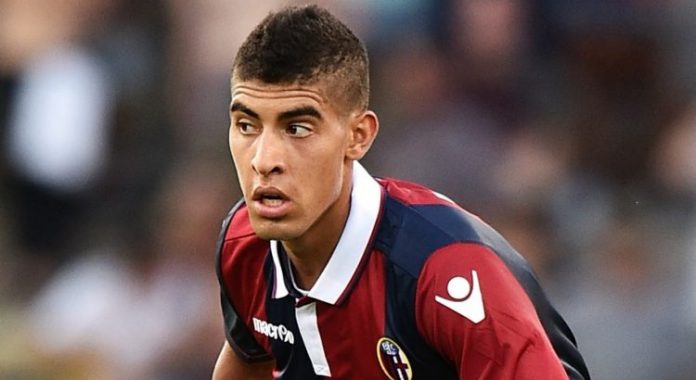 Italian football expert Gianluca di Marzio has claimed the Hammers are weighing up a bid for the 24-year-old who is also wanted by Napoli.

The Moroccan-born defender made his Bologna debut in a 2–1 away win over Latina in October 2014 and helped the club win promotion to Serie A that season.

He has made 83 appearances in Italy’s top flight, scoring three goals.

Luigi Di Biagio selected Masina to represent Italy U21 team in November 2015 and he made his debut in a Euro 2017 qualifying match against Lithuania.

Masina has been one of the most impressive defenders in Serie A this season and he could soon be in line for his first call-up to the senior Italy squad.

His contract expires in 2019 and both Tottenham Hotspur and Sevilla have been linked with a move for the player over the past few months.

West Ham boss David Moyes is eager to strengthen his squad and Masina’s pace and energy would certainly be a big asset to his defence.