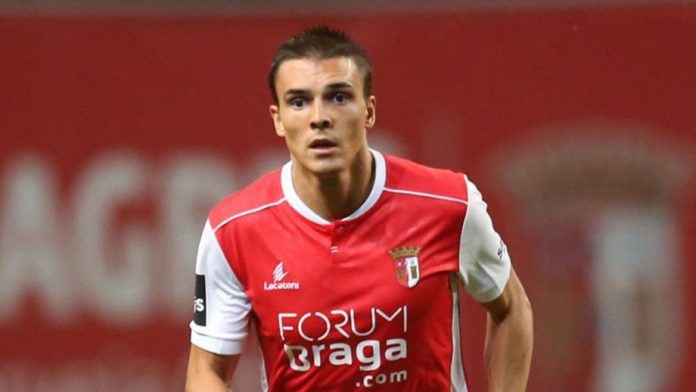 According to a report from Record (translated by Sportwitness), the Hammers have already submitted an offer for the player.

The 24-year-old has been approached by other Premier League clubs as per the report but West Ham are the only ones to have come up with an attractive offer.

Palhinha is on loan at Braga right now and it will be interesting to see how the deal progresses.

It is a two-year loan deal and Braga will have to be paid a fine if Sporting want to sell the player now. Also, Braga have the option to match West Ham’s offer if they want to sign the player permanently.

The 24-year-old defensive midfielder would be a good signing for Manuel Pellegrini’s side but the deal looks complicated right now.

The Hammers need a backup for Declan Rice and Palhinha would have been ideal.

The Portuguese midfielder is a very good tackler and his reading of the game is impressive as well. Palhinha is also an accomplished passer of the ball.

He managed to pick up 2 goals and 2 assists last season with Braga.

It will be interesting to see if West Ham manage to get the deal over the line this summer.