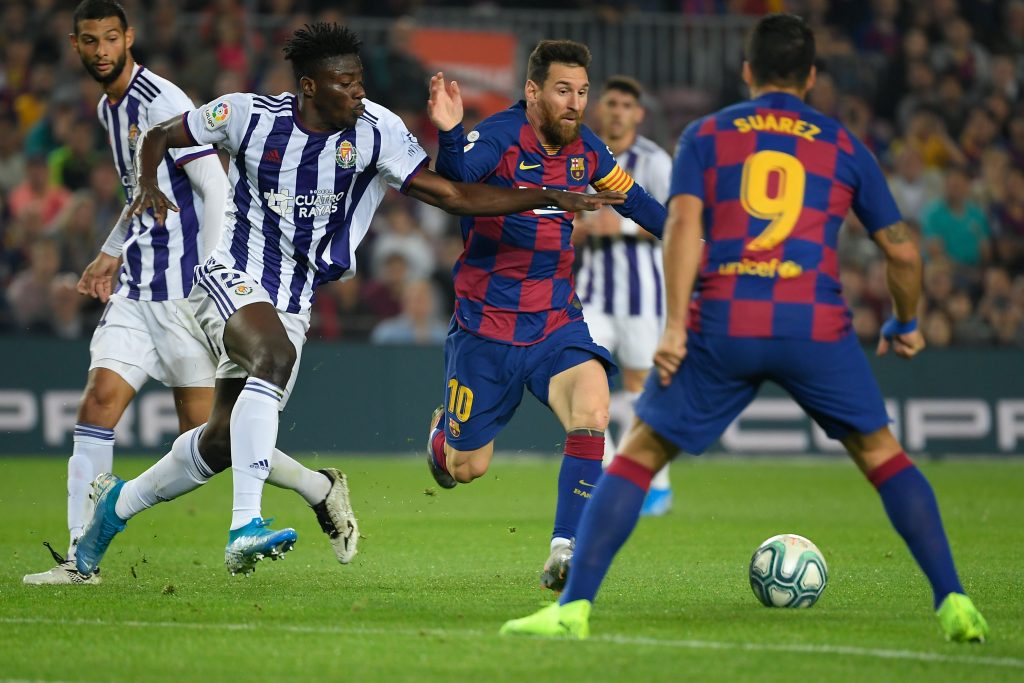 West Ham have joined the race to sign Mohammed Salisu this summer.

As per Daily Mail, Southampton, Everton and Manchester United are other Premier League clubs keen on the 21-year-old centre back.

The report adds that Everton have already made enquiries for the player.

It will be interesting to see if the Hammers can beat the competition and secure Salisu’s services this summer. They need a quality young defender to partner Issa Diop and Salisu could prove to be an excellent addition.

The player is thought to be keen on a move to the Premier League and a chance to join West Ham or Everton could certainly tempt.

He has impressed with Real Valladolid this season and he has the talent to succeed in England as well.

It will be interesting to see where he ends up eventually. West Ham certainly have the means to sign the player but they need to stay up this season.

The Hammers are battling relegation at the moment and they cannot hope to sign players like Salisu if they go down to the Championship next season.

Meanwhile, his suitors will be hoping that Manchester United do not get involved too much or it could complicate matters for them. The Red Devils have the finances and the stature to turn the player’s head and convince him to snub the others.