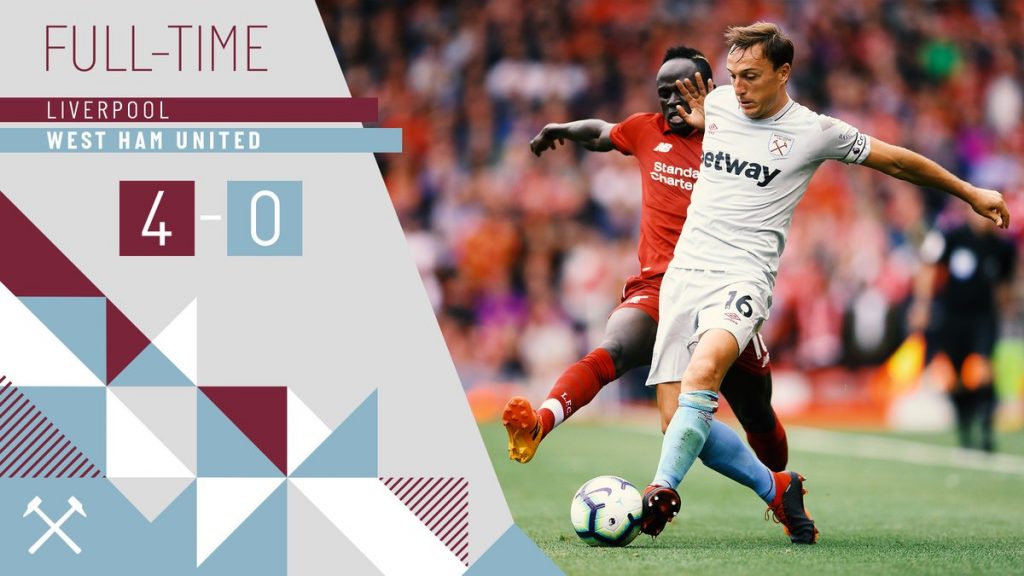 West Ham crashed to a 4-0 defeat against Liverpool in their Premier League opener earlier today.

The Hammers were expected to deliver after a busy window but Manuel Pellegrini’s side failed to match up to Liverpool’s sharpness and intensity.

The Reds scored early through Mohamed Salah and Sadio Mane added a second right at the stroke of halftime.

Jurgen Klopp’s men went 3-0 ahead on the 53rd minute through Sadio Mane once again. However, the goal should have been ruled offside.

Substitute Daniel Sturridge wrapped up the points with a fourth goal two minutes from time. The England striker scored with his first touch.

The likes of Antonio and Arnautovic caused some problems for the Liverpool defence but the Reds managed to deal with them comfortably.

The Hammers will be looking to get the result behind them and bounce back next week. There were positive signs for Pellegrini at Anfield and he will look to build on that.

It is clear that the new signings will need time to bed in. It will be interesting to see how Pellegrini approaches the next game now.

Here is how the West Ham fans reacted to the defeat on Twitter.

Was never going 2 be easy against this season’s champions

I’ve supported West Ham all my life, man and boy. That was utterly shambolic. No desire, no commitment and players lacking fitness & belief. A very long way to go, but Pellegrini has his work cut out. One of the worst opening day performances from the Hammers I can remember….

We had about as much energy & appetite as Dad’s Army

Anderson looked so nervous, as did Declan, Antonio and Masuaku were just having one of those games, I couldn’t even remember the last time i saw Arnautovic touch the ball, it’s a new system, it takes time, let’s not give the boys too much backlash, the season is long.

Poor tactics, please no more high line defending. Noble and Antonio should not be in the first 11

No midfield!! If Sanchez’s the answers what’s the question! Mr West Ham was diabolical! 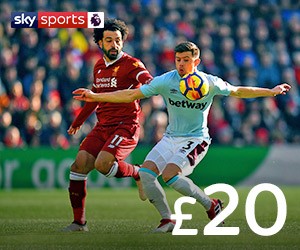