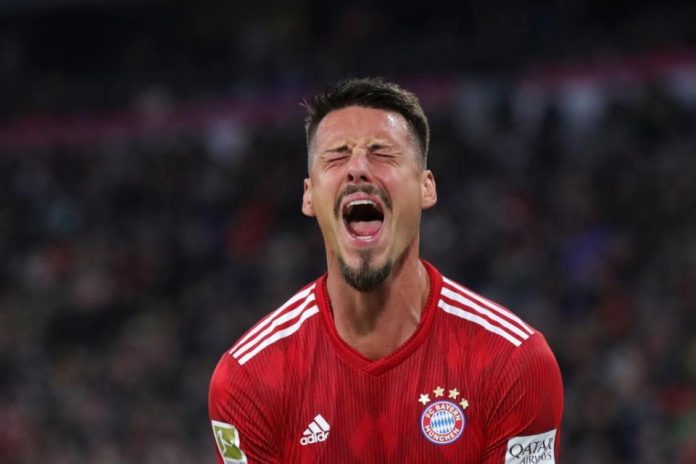 Bayern Munich striker Sandro Wagner would be a good signing for West Ham.

The Premier League side could use another goalscoring threat and the Bundesliga man would be ideal.

Pellegrini has been way too reliant on Arnautovic for goals and he needs to bring someone in to ease the goalscoring burden. Wagner has proven himself with Hoffenheim and Darmstadt.

He has the experience and quality to settle in the Premier League. Also, he has the physical attributes to cope with the demands of English football.

Earlier in the week, The Sun linked Wagner with a move to West Ham.

It will be interesting to see if the Hammers can pull it off in January. Wagner is out of favour at the Bundesliga club and he should look to move on.

At this stage of his career, he needs to play more often and West Ham can provide him with that opportunity. The 30-year-old has played just 26 games since joining Bayern in the summer of 2017.

West Ham fans have taken to Twitter to share their thoughts on the potential signing of Sandro Wagner and here are some of the best reactions.

Exactly what we want

I would snap him up, 6ft 4 very tall good finisher, averages 7-10 goals a season, actually scored 14/15 in the last two seasons, for 6m if we can get him for that it’s a snip. We’ve spend a lot more on worse players in the past.

I’d have him within a heartbeat!