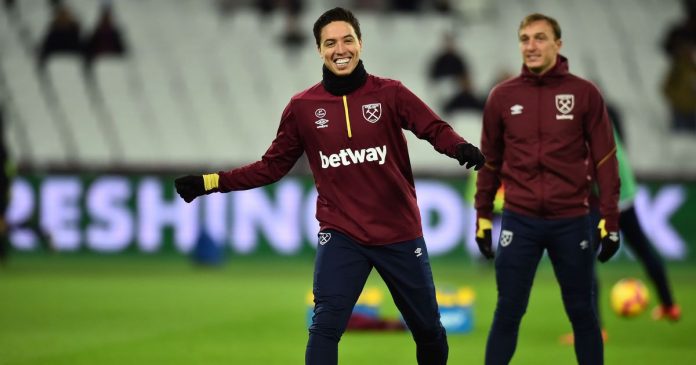 West Ham picked up a 2-0 win over Birmingham City in the FA Cup last night.

The Hammers booked their place in the next round of the competition with a comfortable win at home. Goals from Arnautovic and Carroll secured the win for Manuel Pellegrini’s side.

The Chilean will be happy with his side’s efforts yesterday and he will be hoping that West Ham can go far in the competition.

The Hammers have been inconsistent in the league so far and a cup run could do them a world of good in terms of confidence and belief.

It will be interesting to see if they can build on this win now.

The fans seemed quite pleased with the players’ performances yesterday and January signing Samir Nasri managed to impress particularly.

The former Manchester City player had a good game and he managed to create some chances on his debut. The Frenchman was efficient on the ball and his link up play was pleasing.

Another positive Samir Nasri, was silky and so strong on the ball. I don’t re call him losing possession once and that’s what we need players who cut passes through gaps and come up with moments of quality and link up well. He had a great debut

Nasri looked really good today, done himself no harm for a start against Arsenal

Well played today Sami, looking forward to seeing you for the rest of the season??

Solid, has some nice link up play and passing with arnie.

Nasri was on a different level to everyone else on the pitch today before he inevitably tired. #WHUFC ⚒