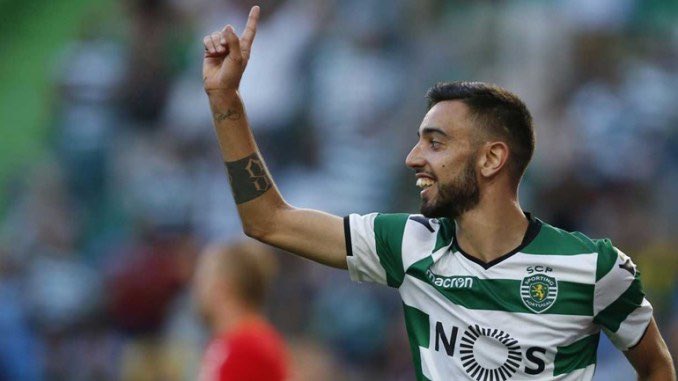 According to reports from Sky Sports, West Ham have made an offer in the region of £20million for Sporting Lisbon midfielder Bruno Fernandes, leaving some Hammers fans excited on social networking site Twitter.

The 23-year-old is a highly rated midfielder and he was in terrific form last season for Sporting in 2017-18. He scored 16 goals from midfield and further layed off 20 for others in 56 appearances for the club in all competitions.

Sporting could lose a number of key players after they asked to have their contracts terminated. Fernandes is one of those, but they are still looking for a fee of around £25 million.

The report claims that Fernandes, who starred for Portugal at the World Cup before they were knocked out in the last 16 by Uruguay, is one of those players to have requested for their contracts to be terminated.

Sky Sports claim that Fernandes have been available for free but a compromise is being worked on.

The Hammers fans have taken to social networking Twitter and here are some of the best reactions.

He is! A great young talent that has been smashing it for them, was worth £50-60m last summer.

Yeah a great player, £20m great? Not so sure yet need to see him in some more videos.

100% a £20m in my opinion, he’ll be worth double in no time in my opinion.
Great passer of the ball, set piece taker and creative influence, for me he’s a step up from Lanzini!
Really hope this is true pic.twitter.com/6FP1JrpYHu

Would be a good signing..

West Ham getting Bruno Fernandes would be unreal business; we should be all over him.