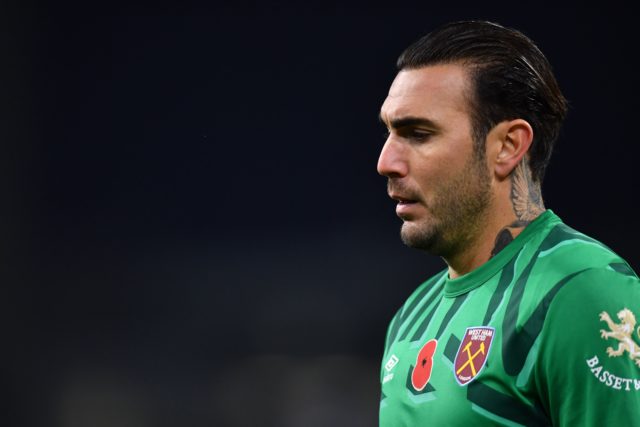 According to reports from the Guardian, Real Valladolid have reached an agreement to sign Roberto from West Ham this summer.

The Spaniard joined the Hammers last season on free. The former Espanyol player came as Lukasz Fabianski’s deputy and took the gloves when the Pole suffered a serious injury last September.

It was quickly discovered that Roberto was out of his depth and that he is simply not good enough to play in the Premier League. It seems his disappointing spell at West Ham is set to end, with Valladolid reaching an agreement for an undisclosed fee.

Many West Ham fans have taken to Twitter to express their reaction after the news broke out. Here are some of the selected tweets:

Best news I’ve heard since the end of the season!

I will piggyback him all the way if you want.

That's almost 250k per week saved in wages by now..

How much did we pay Real Valladolid to take Roberto off of the books? #COYI ⚒

Roberto made a litany of errors as the Hammers picked up just one point from the six league games he started.

Manuel Pellegrini eventually dropped him and started with David Martin in the 1-0 win against Chelsea in November.

The Guardian claims that Roberto was recommended by Mario Husillos, who lost his job as director of football when Pellegrini was replaced by David Moyes.

Roberto moved back to Spain in January, joining Alaves on loan. He is now all set to move to Valladolid who finished 13th in La Liga last season.