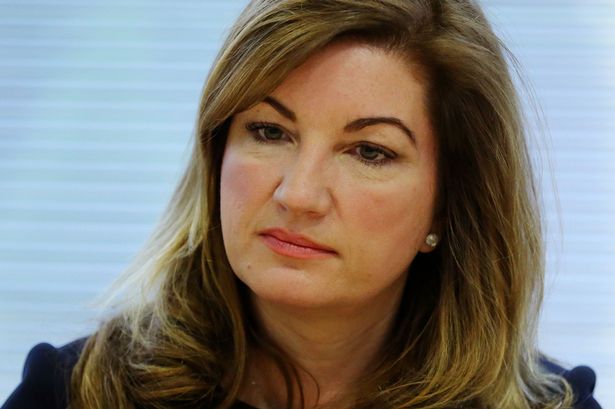 Karren Brady has issued an apology to West Ham fans in her column for The Sun in the wake of an angry demonstration in the Hammers’ 3-0 defeat against Burnley last weekend at the London Stadium.

The West Ham vice chairman has described the incident as “one of the most painful days” in the history of the club.

She has also urged the loyal supporters to come and support the team in the future games, and has pledged that the safety of the fans won’t be compromised.

Brady had admitted that the West Ham board takes full responsibility for the current predicament.

West Ham find themselves in 16th position in the Premier League and Brady says the “league table does not lie”.

Brady spoke about reconstructing the club’s recruitment policy, saying this will change the way the club handles transfers in the future.

West Ham fans have raised their concern on social media that money has not been invested properly in the side, but Brady feels otherwise.

“We are in the process of entirely restructuring our player recruitment,” she wrote in her column for The Sun.

“This will change the way we handle transfers in the future, giving the control to the manager and the football staff. I feel I must address issues around investment in the squad.

“Spending on transfers and wages has doubled over past five years. A club-record £80m was spent on players in 2016/17. Our wage bill of £105,000,000 compares with top flight Premier League clubs.

Above all, she admits that the club will try their best to make the new stadium their home.

West Ham fans have taken to social networking site Twitter and the majority of them are not impressed with Brady’s latest comments.

This antagonistic article is exactly why Fans has said from day one Brady should not write it , a list of things that they can’t fix in the stadium because the contract that she negotiated and signs don’t allow it and you called for a TRUCE well that takes 2 #BoardOut

You keep mentioning the outlay but never mention what money we received to achieve these transfers therefore dismissing a really pitiful net spend. This sort of perversion of the truth is what supporters see right through and adds fuel to the flames!

Too late for her old flannel, the games up so Sell up

Just giving it the old flannel.

Still nothing about real investment in team, just what they spent in 2016, didn’t mention last 4 windows and especially last 2 windows,
I really don’t care about anything else, I’ll go hackney marsh’s to watch them if they are competitive ?⚒

Taken a week to open her mouth, but in her own paper column of which she paid for. Might as well pour vinegar in those West Ham wounds.
As the song goes, it’s all about the money money money

Just sell up and go