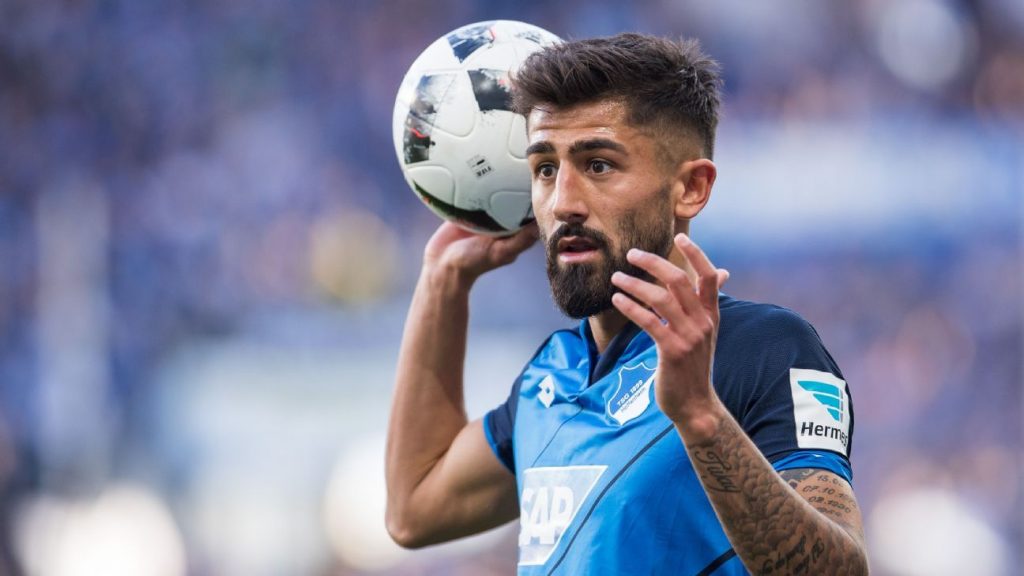 Wolves have surpassed all expectations in their first season in the Premier League under Nuno Espirito Santo. They have proved this season that they can be a formidable opponent, and on their day can match toe to toe with the top five Premier League clubs.

Obviously, the Portuguese boss has been backed by the owners with funds during the transfer window to sign players of his choice, and the trend is likely to continue in the summer, especially after seeing a satisfactory progress report.

According to reports from Calciomercato, Wolves have joined the race to sign Hoffenheim’s talisman Kerem Demirbay. The 25-year-old has been one of the Bundesliga’s stand-out midfielders since he joined the club in 2016.

The German international has scored four goals and provided nine assists this season, and his influential performances from midfield haven’t gone unnoticed.

His ability to dictate the tempo of the game, and open up defences from midfield positions are some of the attributes Premier League clubs will be looking at if they approach him. The report adds that London outfit West Ham are also in the hunt for his signature.

Recently, Bild reported that Arsenal are also interested in the midfielder who has a release clause of £22 million in his contract. Both Wolves and West Ham have the financial power to match his price tag and could be able to lure him to the Premier League.