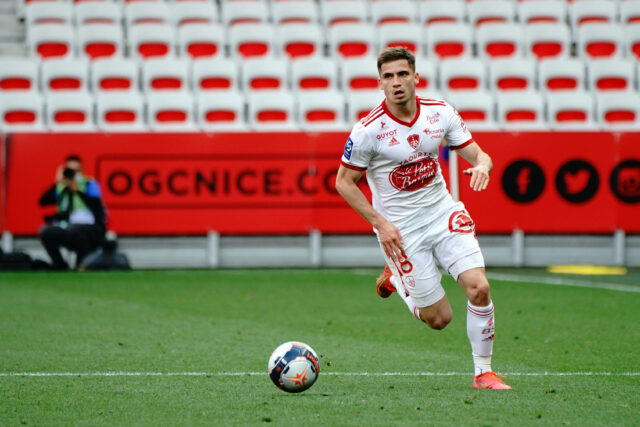 West Ham United and Leeds United are set to miss out on Romain Perraud.

According to The Athletic, both Premier League clubs had been chasing the 23-year-old this summer.

Newcastle United were also in the hunt for his signature, but Southampton are now closing in on the signing of the Stade Brest defender.

The deal is at an advanced stage, and the only way the move will fall through is if the player’s medical is unsatisfactory or if another club makes a late attempt to sign him.

Ralph Hasenhuttl has met with the left-back, and it is understood that Perraud has made it clear that he wants to join the Saints.

Leeds are looking to sign a new left-back, with Ezgjan Alioski’s future in doubt. He is a free agent this summer and is yet to pen a new deal at the club.

The Hammers are also keen to sign a new left-back, with David Moyes looking to sign a long-term replacement for Aaron Creswell.

Perraud will become Southampton’s second summer signing if the deal goes through.

The Saints have already signed Theo Walcott after his loan move from Everton was turned into a permanent deal.