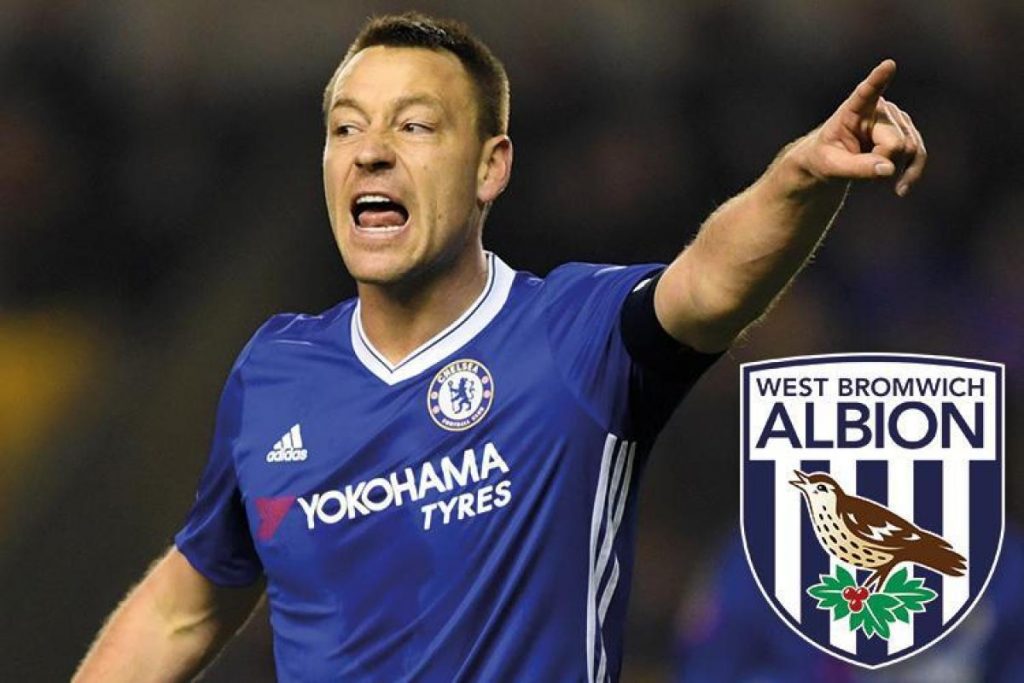 The destination next season of former Chelsea captain John Terry is an interesting topic for discussion right now. It was reported yesterday that Championship side Aston Villa were looking to sign the Englishman.

According to Sky Sports, West Bromwich Albion have now signed the race to sign the centre-back. It was reported back in March that The Baggies would be interested in bringing Terry to the Hawthorns if he were to become available. Since then, the 36 year-old’s exit from Stamford Bridge has been confirmed, bringing down the curtain on his 22 year-stay in West London.

He still has plenty to offer at the highest level, and would hence prefer a move to a Premier League side rather than go elsewhere just for money. He was phased out of the starting XI in his last two seasons at Chelsea. Despite losing his pace, he still remains a top-quality defender with an excellent reading of the game. The leadership and experience that he bring along with his game, is, of course, a huge added bonus.

Tony Pulis would feel that Terry is a perfect fit for Albion, who base their entire gameplay on solidarity at the back. They need someone who is dogged, resilient and willing to get stuck into the opposition. That’s as close as you can get to stating John Terry’s resume in one sentence.

Bournemouth are another club who could be in the race for the ex-England international. Goalkeeper Asmir Begovic, who joined the Cherries from Chelsea this summer, has given his vehement approval for this move, calling Terry the “best defender ever in the Premier League”.

“If he fancies Bournemouth it would be great to have him there.

He’s a great player and a great guy as well, so from that point of view it would be really, really good.”

It remains to be seen what Terry decides is best for him, and whether he decides to continue playing. He has always expressed a desire to delve into the world of coaching at the end of his playing days. With Chelsea’s assistant manager Steve Holland leaving to join the national team, that opportunity may be closer to Terry than he realises.