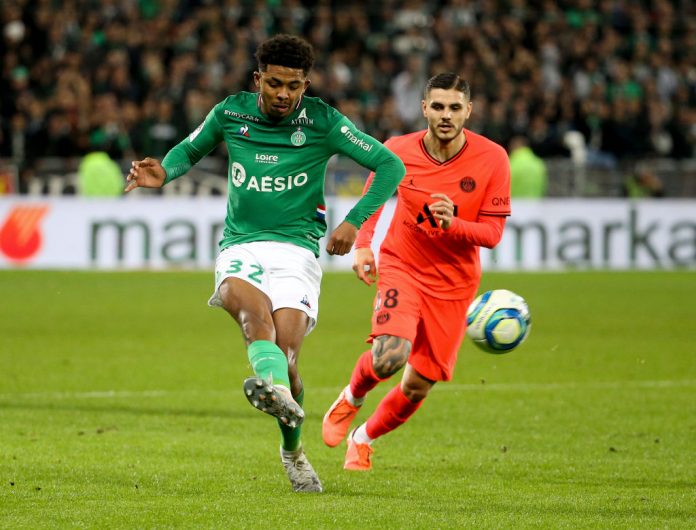 St Etienne defender Wesley Fofana is keen on a move to Leicester City this summer.

According to L’Équipe (h/t GFFN), the defender has already accepted a five year deal from the Premier League outfit and the French outfit have a €29m offer on the table.

It will be interesting to see if St Etienne are willing to accept the offer eventually. The player has reportedly asked his club to go through with the transfer.

Speaking to L’Equipe, the player has revealed that it would be crazy to turn down a club like Leicester especially because of the finances involved.

He said: “This time, I cannot refuse. Where I come from, the northern suburbs of Marseille and with a family that is not well off, it is not possible. I would be crazy to say no to Leicester. This contract could change my life. I need to protect my family by keeping them safe. The financial and sporting aspects have aligned, I am forced to say yes.”

Fofana is highly rated in France and he could prove to be the ideal long term partner for Soyuncu at Leicester City. However, he is only 19 and he might need some time to adapt to the Premier League.

Leicester City were vulnerable at the back last season and they missed out on a top-four finish despite being in the race for most of the season. They will have to tighten up at the back in order to avoid a similar problem next year and it will be interesting to see if they can get the Fofana signing over the line now.

If the deal for the 19-year-old falls through, Leicester could move for Jonathan Tah from Bayer Leverkusen.

Leicester have opened talks to sign a new centre back. Wesley Fofana [St Etienne] is the first choice, €29m bid submitted. Jonathan Tah [Bayer Leverkusen] is another option on the list if St. Etienne will not sell Fofana. 🔵 #LCFC #transfers

They have already signed Timothy Castagne from Atalanta earlier.