With hours to go before another great slate of Sunday afternoon football begins, our expert presents the best Week-9 NFL Picks and details how Sportslens readers can claim up to a $2,500 welcome bonus at BetUS.

Sign Up at BetUSto receive up to a $2,500 deposit bonus to wager on this weekend’s NFL games.

New Orleans will be without franchise QB Jameis Winston for the rest of the year after the former No.1 overall pick injured his knee vs Tampa Bay last Sunday. But Saints do welcome back QB2 Taysom Hill from concussion protocol. The all-rounder is likely to split responsibility under center with former Broncos QB Trevor Siemian who played so well in the win against the Bucs.

Atlanta lost to division rivals Carolina Panthers in Week-8. The Falcons struggled to get anything going on the ground up against an all-action Carolina defense. Panthers marked TE Kyle Pitts out of the passing game, and, without Calvin Ridley, QB Matt Ryan didn’t seem to have many alternatives. Arthur Smith’s team ended up looking one-dimensional as a result. Up against a New Orleans Saints defensive unit that ranks 2nd in the NFL for rushing yards against (79.4 YPG), we feel it could be a similar story at the Dome later this afternoon.

We’re expecting the Saints to stifle the run game and then the secondary to come up big with some turnovers as Atlanta gets desperate.

Prediction: Saints’ defense is too good for an average Atlanta receiving corps. 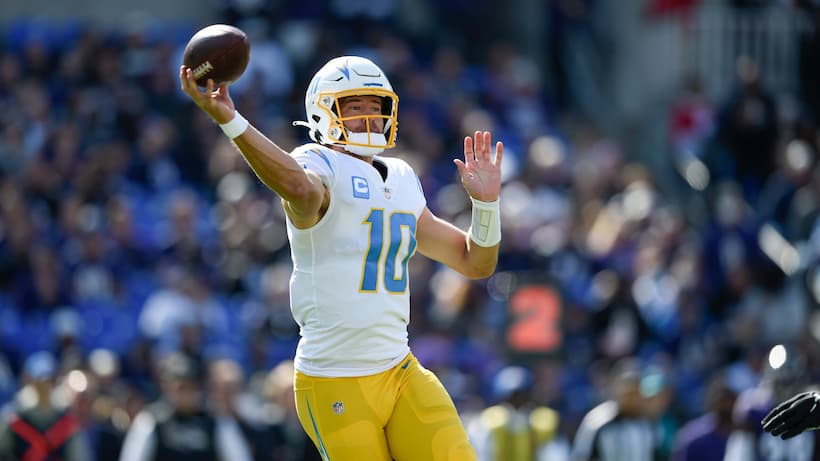 After suffering back-to-back defeats against Ravens and Patriots, the Chargers need to stop the rut and get back to the early-season form that had us all talking about them as dark horses for a playoff run when they meet the Eagles later today.

Sophomore QB Justin Herbert has had a difficult time of it of late. After being nullified by the Ravens in Week-7, last week vs Pats, the former Oregon standout threw just 18/35 for 223-yards, 2 touchdowns, and 2 picks. That was a Bill Belichick-coached defense, however. This week Herbert goes up against an Eagles defense that’s good in coverage but porous in the red zone, so the Chargers QB should have the opportunity to return to form.

Both of these teams struggle to defend the run. Eagles rank 23rd in the league, allowing 123.5-yards per game. Chargers are the league’s worst run defense, surrendering over 159-yards per game to backs on the ground.

Though the above set of stats would usually see us favor Eagles, Nick Sirianni’s team heads into this encounter without RB1 Myles Sanders; Kenneth Gainwell is yet to hit his stride, and Boston Scott is hit and miss. As such, we are backing Chargers RB Austin Ekeler to have another big afternoon and, along with Herbert, help the Chargers get back into the win column. 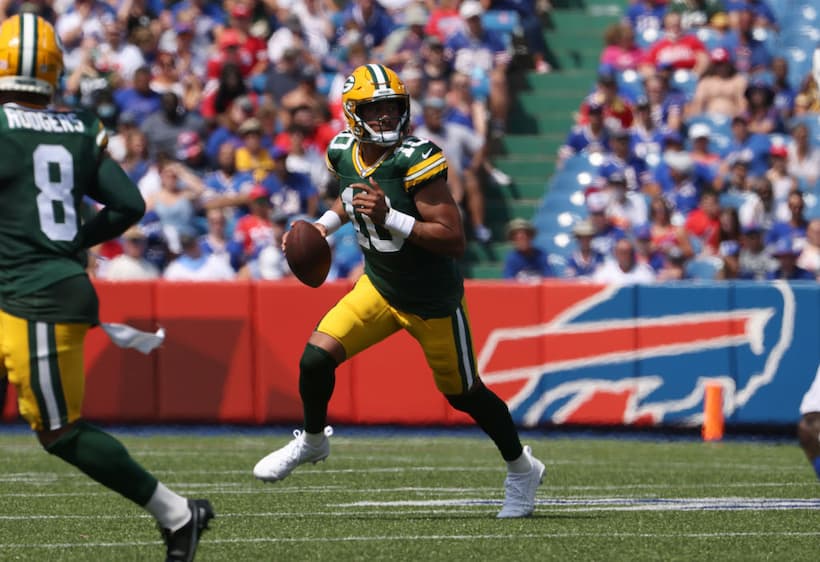 Green Bay won’t have Aaron Rodgers (COVID) for this game. So, last year’s first-round pick Jordan Love will assume responsibilities under center to take on the league’s worst-ranked defense overall (how the mighty have fallen).

In any other recent year, Green Bay minus Rodgers vs Patrick Mahomes and co. would indicate an easy win for the Chiefs. But this Kansas defense cannot be trusted at present; the offense has turned the ball over a league-high 19x, and this simply isn’t the Chiefs team we saw reach back-to-back Super Bowls these past two years.

As such, the +7 spread on Green Bay makes little sense to us, so we’re backing young sophomore QB Love to ball out and the Packers to beat the spread.

NFL Week-9 Betting Tips: Get a $2,500 Deposit Bonus at BetUS ahead of Sunday’s games

BetUS is offering a 125% first-time matched deposit bonus that’s worth up to $2,500 to anyone that signs up with the sportsbook in time for Sunday’s NFL Week-9 games. To claim your 125% deposit welcome bonus, just follow the simple steps below: