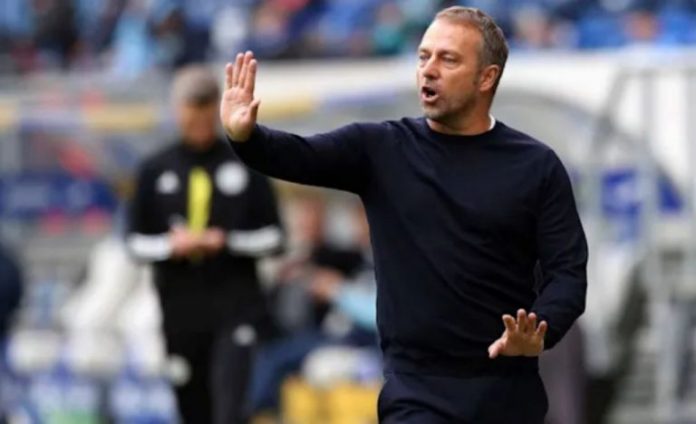 After playing 120 minutes of football against Europa League champions Sevilla at the Puskas Arena to win their second UEFA Super Cup title in history, Champions League title holders Bayern Munich were welcomed with a defeat to Hoffenheim in the Matchday 2 of the 2020/2021 Bundesliga season on Sunday.

However, rather than give excuses for the loss, Bayern Munich head coach Hansi Flick admitted that the Bavarians were poor in their performance against the home side which saw them lose 4-1 at the PreZero Arena in Sinsheim.

“It was too easy for our opponents to create chances today. We weren’t as efficient in attack as usual. But I think we got off to a good start. I can’t blame the team. They fought and did everything they could. I accept the defeat,” Flick told reporters during the post-match news conference.

Goalkeeper and Captain of the Bavarians, Manuel Neuer also added: “We won’t look for excuses. That’s what awaits us this year. A match every few days, we know that. So we can’t talk about how tired we are, we must accept it.”

Influential midfielder, Thomas Müller also had this to say: “It wasn’t an optimal performance, but there were one or two moments where we could have equalised, and then it would be a different story. We gave everything, you could see we were trying to strike back, even if it looked a bit chaotic. We risked everything. I don’t know any team in sport that has remained undefeated for years. Obviously, it’s not what we wanted and before the game I didn’t think this would happen. But it did. Now we have to deal with it, rest well and turn to the next game on Wednesday. We have a great opportunity to fight back.”

Sunday’s defeat to Hoffenheim was the first time Bayern lost a match since December 7, 2019, their first in 32 matches across all competitions.

Bayern Munich started this season on a resounding note with a thumping 8-0 victory over Schalke followed by a 2-1 victory over Sevilla in midweek to clinch the UEFA Super Cup.

However, it took only 16 minutes for them to fall behind at Hoffenheim after Ermin Bicakcic opened the scoring, nodding in a corner at the near post.

Eight minutes later, it was 2-0 as Munas Dabbur took advantage of a misunderstanding in the Bayern defence to double the host’s lead. Dabbur’s goal meant Hansi Flick was two goals behind for the first time since he became the manager of Bayern Munich.

Joshua Kimmuch scored a stunning goal on the 36th minute to reduce the deficit and the visitors were looking good for a comeback.

However, Hoffenheim kept creating chances which led to a third on the 77th minute from Andrej Kramaric which sealed the victory for the host.

As Bayern kept pressing forward for goal, Hoffenheim sought out ways to counter the attack. This led to Neuer bringing down Ihlas Bebou inside the box and Kramaric was there to shoot the penalty into the roof of the net to make it 4-1.