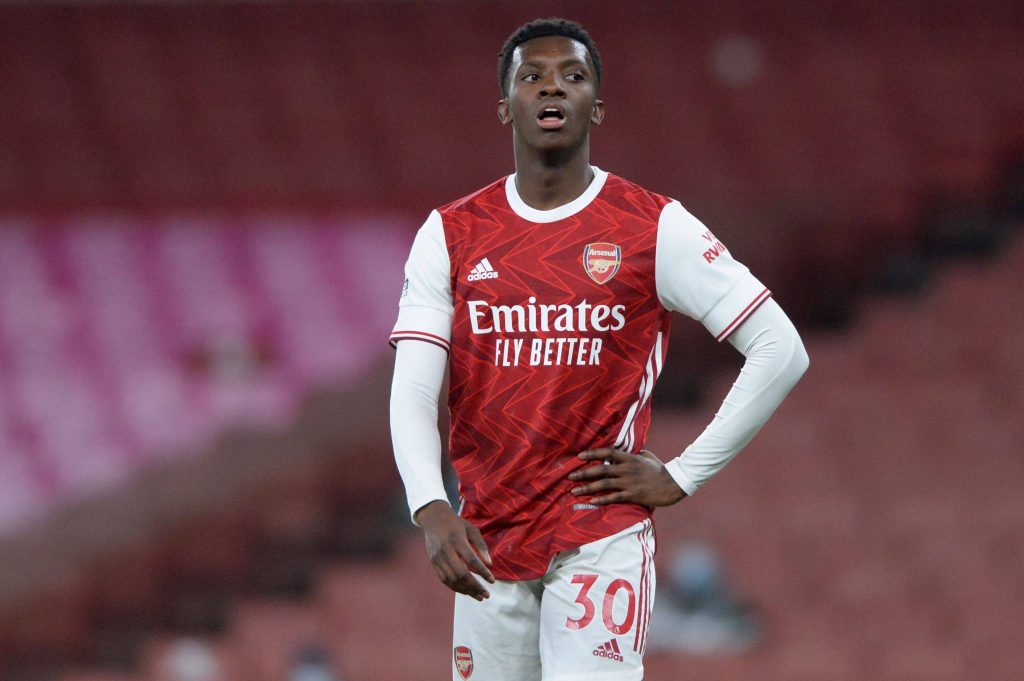 Watford have the latest club to be interested in signing Arsenal striker Eddie Nketiah in the forthcoming transfer window, The Mirror reports.

The 22-year-old struggled for regular game time with the Gunners last term, ending up with just 1,308 minutes in 30 appearances.

With just 13 months left on his contract, it appears that he could be on the move, and Brighton were recently credited with an interest.

The Hornets have now joined the pursuit of the former England Under-21 international, who could cost around £15 million this summer.

The Gunners currently have Pierre-Emerick Aubameyang, Alexandre Lacazette and Gabriel Martinelli, who are ahead of Eddie Nketiah in the pecking order.

Lacazette could head for the exit door this summer, but the club are likely to pursue a replacement rather than keeping their faith in Nketiah.

The young marksman netted six times last term at an average of 218 minutes per goal, and he could only get better with regular playing time.

Nketiah could easily notch 15 goals per season, and the Hornets appear keen on luring him after securing promotion to the top-flight.

Ismaila Sarr was their top-scorer in the Championship with 13 goals, followed by Joao Pedro who found the back of the net nine times.

Both of them are wingers by trade. Their main strikers in Troy Deeney and Andre Gray netted just 12 goals over the course of the campaign.

The club desperately need a new centre-forward and seem prepared to offer the chance to Nketiah to establish himself in the Premier League.

Brighton are also keen on Nketiah, and they could yet have the advantage over the Hornets due to the Gunners’ interest in Yves Bissouma.

It has recently been claimed that the north London club could land their top midfield target for a reduced price with Nketiah acting as a makeweight.